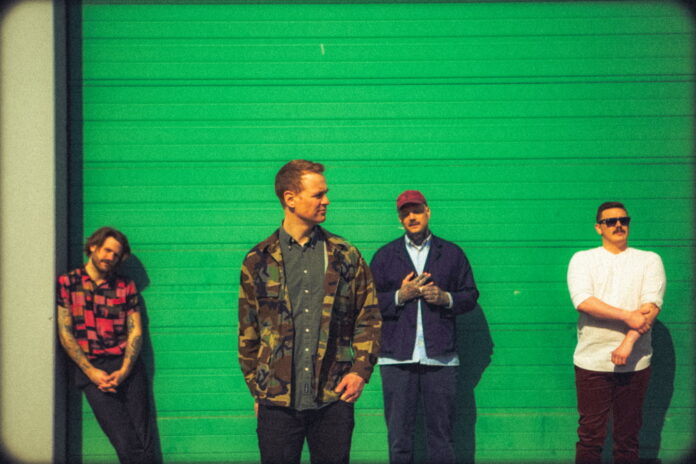 Norwegian powerpop quartet Beachheads are back with their shimmering new single ‘Change’, taken from their forthcoming second album, the aptly titled Beachheads II, due 4th March 2022.

Of the single, the band comment: “This is one of the first songs we wrote after our debut was out. ‘Change’ was originally a working title, but in the end it fitted well with the new elements in the band’s sound – as well as the life-changing events described by lyricist Børild. To keep the jangly and ragged feel of the original demo we didn’t rehearse this song before playing it live in the studio, and it is that first take that ended up on the album. We dubbed the guitars with a high-strung acoustic guitar, and Øystein Frantzvåg and Frode Strømstad added synth and vocal harmonies. It’s sort of a follow up to ‘Give Me Some Love’ from our first album and the closest we’ve come to writing a ballad.”

Power-pop with punk urgency that is both “Catchy as f*ck” (Stereogum) and “Resiliently heart-heavy” (Rolling Stone), Beachheads features two members of renowned metal band Kvelertak in an entirely different guise. Beachheads‘ second album might as well be described as Love with a couple of punk records under their belt – or as a post-punk version of early Oasis, where innocence and romance goes hand in hand with social realism and dystopia.

Produced by Frode Strømstad of I Was A King,Beachheads II is an exploration of a good melody behind the hardships of life. It is the soundtrack of everyday life, a textbook of utter joy and an acceptance of life as it is.