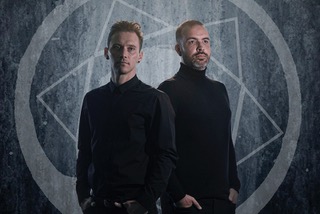 Having released his album Ruins in December 2020 Daniel Tompkins has announced his first solo tour in support of the release.

He will be performing 5 intimate shows in the UK in January 2022. His band for the shows will feature Daniel performing on guitar and vocals, Amos Williams (TesseracT) on bass guitar, Mike Malyan (Monuments) on drums, Paul Ortiz (Chimp Spanner | Facebook) on lead guitar and Pete Skipper (In Colour) on guitar.

Daniel had the following to say: “I’m both nervous and excited about the prospect of touring my solo album for the first time. This will be new territory performing both vocals and guitar live for the first time but sharing the stage with my very good friends Amos, Mike, Paul and Pete will be such a privilege. These shows will be an intimate experience full of high energy and I hope to see and meet you all there!”