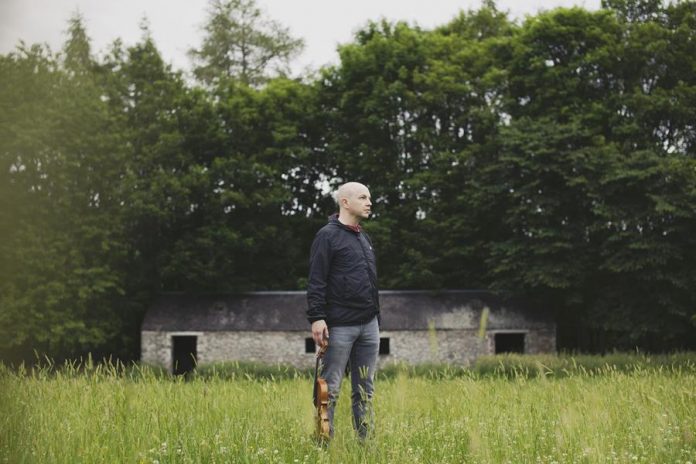 In celebration of his 25th Anniversary as a professional musician, John McCusker will release ‘Hello, Goodbye’ on April 29th 2016 and tour the UK in April and May. A wonderfully evocative set of compositions,‘Hello, Goodbye’ is John’s first solo album in thirteen years, the first on his new record label Under One Sky Records and the first recorded in his state of the art studio, built over the last 2 years in a bothy dating from 1779, which neighbours his Scottish Borders home. Designed by legendary record producer and studio designer Calum Malcolm, the new studio is a winning combination of the traditional and the new, much like John’s music itself!

Born in Bellshill, near Glasgow, John began playing whistle and fiddle as a child and joined the legendary folk outfit Battlefield Band aged 17. During his 11 years with the band, he also released his first two solo recordings, 1995’s self-titled debut and 2000’s Yella Hoose. His most recent albums include Under One Sky and the reissues of Yella Hoose and Goodnight Ginger re-mastered deluxe.

John has long been renowned for his skill at transcending musical boundaries: striving to keep his music fresh and exciting, never leaving the past behind but always embracing new sonic adventures. As a live and studio guest he has shared stages with Paul Weller,Paolo Nutini, Teenage Fanclub, Graham Coxon and Eddi Reader. Since 2008, he has been a member of Mark Knopfler’s band, playing arenas around the world including a double bill with Bob Dylan at The Hollywood Bowl and 20 nights at the Royal Albert Hall.

John was awarded the coveted BBC Radio 2 Musician of the Year in 2003 and also The Spirit of Scotland Award for music in 1999 and again in 2009.

The John McCusker Band, featuring  some of the finest traditional musicians including Andy Cutting, Adam Holmes, Innes White & Toby Shaer, will embark on an extensive UK tour in April/May: