The Boys Of Summer Spleen 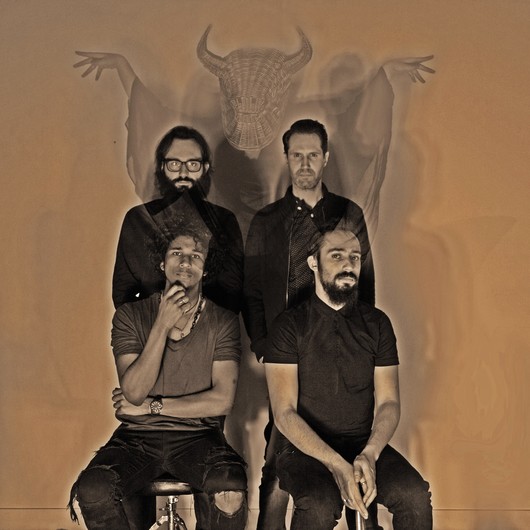 March 23, 2016
Reading time: 2 min.
Facebook
Twitter
Pinterest
WhatsApp
Linkedin
Email
Print
Telegram
Copy URL
By Andy Thorley
Album out next week, here’s a track
France’s galvanizing heavy rock’n’roll foursome THE TEXAS CHAINSAW DUST LOVERS are unveiling today the video for their haunting new song “Summer Spleen”. TTCDL’s audacious debut “Me And The Devil” will see the day this March 28th on Besta Records.
With their debut album, the Paris-based outfit delivers a bold and exhilirating rock’n’roll statement. Going through the heavy rock spectrum with swagger, THE TEXAS CHAINSAW DUST LOVERS blend a catchy and groove-laden songwriting with an irresistible Wild West gunslinger je-ne-sais-quoi that makes the listener crave a horse ride under a warm desert sunset.
The band comments on this burning new video: “Summer Spleen is about the pain and sorrow we felt during the making of the album. We felt that we were rushing everything: the agenda was crazy, as we all have shitty jobs to keep things moving with the band. We didn’t have any lyrics for this track, although it was already on tape. In the meantime, a close relative died during the most busy week of August… That was just too much. The theme came naturally as we were working day and night, dealing with the grief, when everyone else seemed to have fun during this very hot summer. There are a lot of different influences in our work, in general. From cumbia to black metal, going through gothic rock, post punk, stoner rock and many other genres. I guess that in this video, we just went for a stylish mess of all those things.”
THE TEXAS CHAINSAW DUST LOVERS “Me And The Devil”
Debut album out on March 28th via Besta Records
Vinyl, CD and digital pre-orders available here
Previous article
Celebrated Folkie Announces New Plans
Next article
Scream For Me Canada