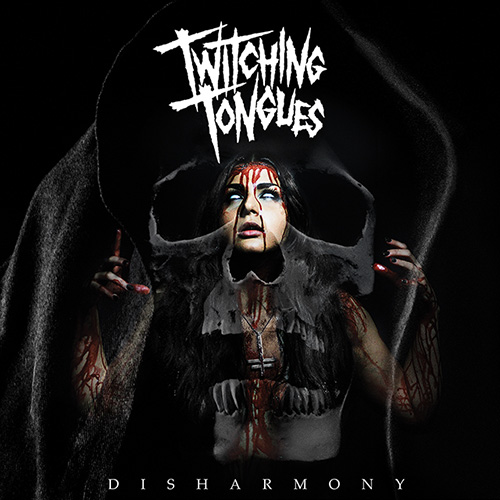 Los Angeles, CA  Los Angeles based metal/hardcore band Twitching Tongues have announced plans to release their third studio album, Disharmony, on October 30th via their new label Metal Blade Records. The band has also unleashed a new video, directed by Tyler Bradberry, for the record’s title track and launched a pre-order for the record today at metalblade.com/twitchingtongues.

Led by brothers Colin Young (vocals) and Taylor Young (guitars/vocals; also of grindcore band Nails), Twitching Tongues has carved out a prominent place in Los Angeles’ burgeoning music scene over the last several years. With two albums, Sleep Therapy (2012) and In Love There Is No Law (2013), under their belts and extensive worldwide touring, the band has quickly managed to become one of the underground’s most discussed bands and are on the cusp of a major breakout with the release of Disharmony this fall.

“This record represents every single thing we have done and have worked towards these past 5 years…It is a new beginning for this band, and it feels incredible to finally share it with all of you.” – Colin Young

Disharmony is a powerful display of unrelenting sound. The band wastes no time ripping into the record with the title track that perfectly showcases their unique blend of doom, sludge and hardcore. Disharmony features ten aggressive tracks like “Asylum Avenue” and “Sacrifice Me” that find a balance between accessibility and cataclysmic destruction.