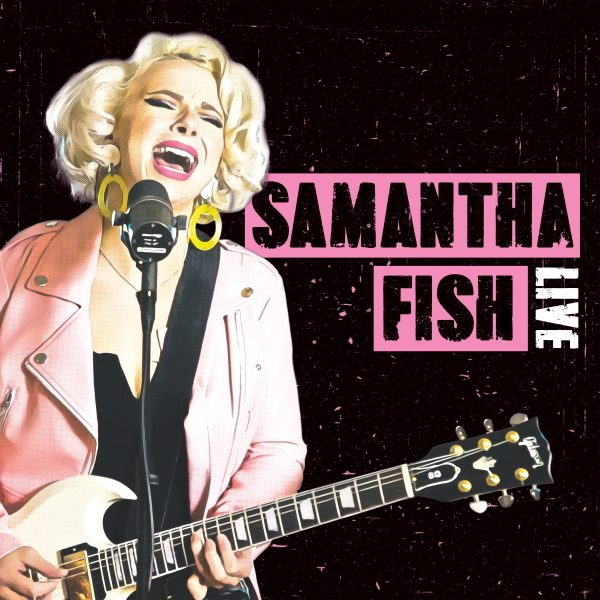 The New York Times called Samantha Fish “an impressive blues guitarist who sings with sweet power.” But don’t let the sweetness fool you – Fish is a deadly talent, a multi-threat performer who began her career in 2009 and has been the talk of the blues world for some time all while racking up awards for both her studio albums as well as her live performances. Now, Fish is about to hit another landmark – her first ever collection of live recordings!

Simply titled Live, this album showcases Fish’s dexterous playing as well as her impressive vocals. Longtime fans will recognize the tracks on Live from her superb breakout album, 2019’s Kill Or Be Kind. But her renditions here roar with ferocious power, more raw and primal than their studio counterparts, without losing any of the subtlety that makes Fish such a well-rounded talent. Just checkout the killer version of “Bulletproof,” which is being released today on all music platforms.

Live is set to be released August 5 on digital platforms and in a special limited-edition PINK vinyl album that is simply to DIE for!