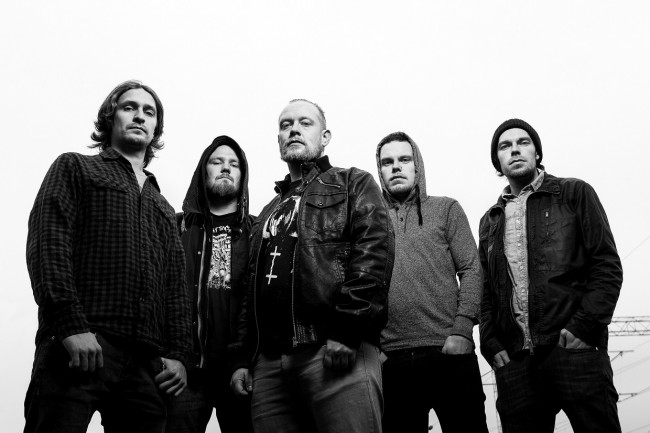 Finnish metallers are back with “Ghosts”

Carnalation was formed in 2008 at Provinssirock in Seinäjoki. It was clear from the start that the band wanted to make music that is straightforward and as brutal as possible. The self-titled first demo was recorded in the beginning of 2009. It received good reviews and earned Carnalation a significant amount of gigs, despite the young age of the band. Carnalation got to play even bigger stages e.g. Provinssirock, Nummirock and Rytmikorjaamo.

“Doomsday Diaries” is an EP from the band and it was recorded during May-June 2010. It combines elements from both grind core and death metal. The message of the EP is in brief: “If mankind continues on its current path, it will destroy itself and the world as well”. This time the band wanted to pay extra attention to the lyrical message and requested the help of Toni Nevanpää, who has done lyrics e.g. for the Finnish metal band Nicole. “Doomsday Diaries” received a demo of the month title in Finnish Inferno magazine.

After “Doomsday Diaries” Carnalation was seeking for a record deal in order to take the next step forward. Spinefarm Records’ Label Manager Teemu Suominen heard the EP while on tour with a tribute band to Dimebag Darrell during December 2010. Teemu really liked what he heard and offered a record deal with Spinefarm Records. The record deal was finally signed in March 2011.

Over the summer 2011 Carnalation toured Finland performing various festivals including Provinssirock, Ilosaarirock, Qstock and Tuska Open Air Festival. At the end of the summer Carnalation headed out to Soundwall studio and recorded their debut album “Deathmask” with producer Peter Tägtgren (Pain/Hypocrisy). “Deathmask” – contains 12 fast & brutal death metal songs – and it was released on February 25th 2012 along with a video of a song “Cadence of Insects”.

In early 2015, Carnalation inked a deal with Finnish label Inverse Records and are about to release EP named “Ghosts” in June 12th 2015.Discography: