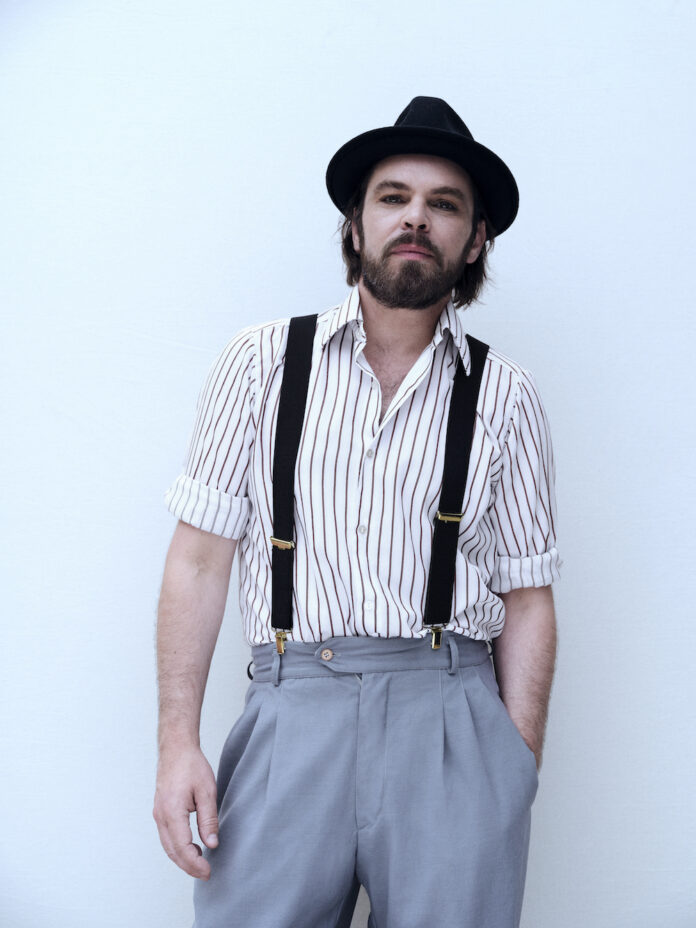 Gaz Coombes today announces details of his forthcoming album ‘Turn The Car Around’, released January 13th 2023 on Hot Fruit Recordings / Virgin Music. The announcement is accompanied with the unveiling of a new song ‘Don’t Say It’s Over’. Based around a swirling, art-rock groove, the elegantly constructed song sees Coombes recalling the heady first night he met his future wife. As a taster of the masterfully written and recorded songs contained within ‘Turn The Car Around’, it is a perfect reminder of exactly why Coombes remains one of the country’s most enduring and loved songwriters who continues to hone and develop this craft. Listen here.

Talking of his new single, Coombes says ‘When I wrote ‘Don’t Say It’s Over’ I had in mind wandering through some bustling holiday town at night, two people sharing strange and beautiful moments together. The feeling of love and all its complications. And the reality of a life without that love. It’s basically saying (albeit with a few dark edges) ‘my life is better with you in it’. I think this song is very much light and dark in equal measures. Those contradictions I find interesting & thought provoking…..and they make for cool, f*cked up love songs.’

‘Turn The Car Around’ is a record that I’ve been building up to for the last seven years,” says Coombes. It’s a record of feeling, an album that captures the ups and downs of modern life and all the small print in between. Written and recorded by Coombes in his gloriously ramshackle Oxfordshire outhouse Studio, he has emerged with the best work of his illustrious career. It’s an album that both taps into the sonic palettes and lyrical themes of its predecessors and marks the third and final part of a trilogy of records alongside 2015’s Mercury and Ivor Novello nominated sophomore album Matador and 2018’s World’s Strongest Man. At the same time it carves a bold new way forward for one of the UK’s most gifted and cherished singer-songwriters. “There’s a lot of subject matter in there that I’ve played with and maybe not managed to see through in the past. I’ve evolved and I feel like I’ve got better at what I do”.

‘Turn The Car Around’ features additional instrumentation from members of Gaz’s live band, Garo Nahoulakian, Nick Fowler and Piney Gir. The album also sees Coombes reuniting with his live band’s vocal trio ‘The Roxys’ (a nickname given to them by Nile Rodgers when they shared the bill at a Later with Jools show) to create a rich and nuanced sonic tapestry. Cameo performances appear courtesy of Willie J Healey and Ride’s Loz Colbert, and Coombes shares co-production duties with long-term collaborator Ian Davenport.

Ahead of a full headline tour next year, Coombes and his band will be playing ‘Turn The Car Around’ in its entirety with what promises to be a very special underplay show at London’s Lafayette on November 3rd. Tickets will go on general sale on Wednesday, 5th October at 10.00am.

Following a rapturously received stint back fronting his seminal group Supergrass, the acclaimed live reunion ended on September 3rd with the group’s final ever appearance at Wembley Stadium with their emotionally charged set at the Taylor Hawkins Tribute Concert. The show, attended by 90,000 fans paying tribute to the late Foo Fighters drummer also saw Gaz appear on stage with Nile Rodgers for a cover of Bowie’s ‘Modern Love’ before joining Stuart Copeland for a cover of The Police’s ‘Every Little Thing She Does is Magic’. Ahead of these final summer Supergrass shows, April of this year also saw Gaz remind fans of his imminent return to his main job as a solo artist with a short run of underplay acoustic performances, including a packed Lexington show in North London. The shows gave fans a chance to hear Coombes road test new solo material from ‘Turn The Car Around’ including an adoringly received former single ‘Sonny The Strong’, a BBC 6music A-listed record upon its June release.

As he celebrates 10 years of his lauded solo career since the release of his debut ‘Here Come the Bombs’, and riding a crest of the Supergrass reunion, the announcement of ‘Turn The Car Around’ solidifies Coombes status as one of the UK’s most interesting, enduring and effortlessly classy artists.