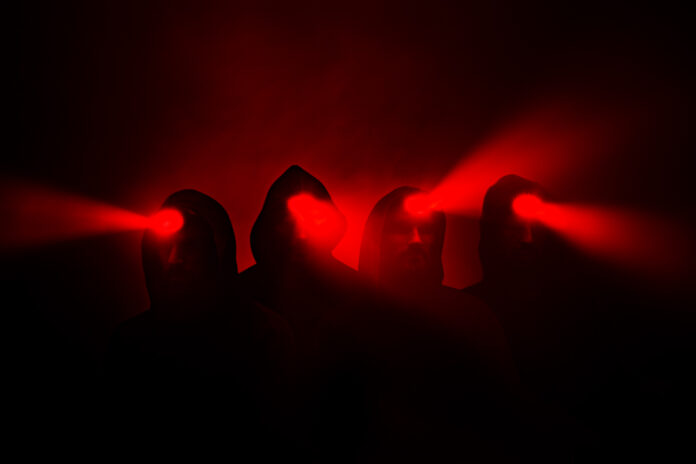 French underground avant-gardists CELESTE have released a new music video for their song ‘(A)‘, taken from their sixth studio album Assassine(s), released back in January of this year. The striking video expresses the essence of the song, both visually and emotionally, adding another level of depth to the already charged piece.

‘(A)‘ is CELESTE‘s most experimental track to-date, launching with drony synths written by front man Johan. With a post-rock edge, this slow-burn instrumental song has a soundtrack-like quality. The cinematic ambiance is emphasised by the two lead guitars, intertwined like two characters in a sombre story, enrichened by a guest appearance from Katsuta of HEAVEN IN HER ARMS.

“We’re really glad to complete the triptych of videos which we started a year ago with ‘Des Torrents de Coups’ and ‘Le Coeur Noir Charbon’. This video clip means a lot to us. We’ve been showcasing it live during the Assassine(s) release tour and we are looking forward to unleashing it online. This piece of artwork reflects our long-built aesthetics. As a song, ‘(A)’ became a very important song to us as well, showing our will to widen our musical influences, with these shoegazy, post rockish hints which are definitely new ground for CELESTE.”

Watch the new music video for ‘(A)‘ below: https://youtu.be/gAsZZnxCzug