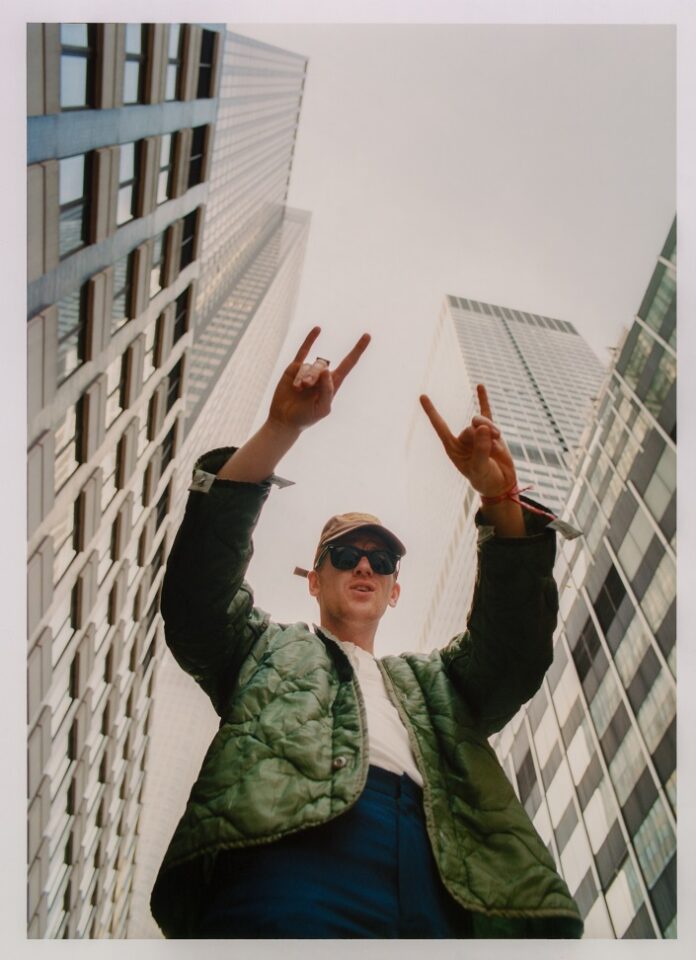 Is Willie J Healey your favourite artists’ favourite artist? You better believe it. Alex Turner, Joe Talbot of IDLES, Jamie T, Florence Welch and Orlando Weeks are among those who believe, following the Neil Young-meets-The Beatles-meets Elvis Costello charms of his 2020 album Twin Heavy. Now Willie returns with a new sound as he shares the new single ‘Dreams’ ahead of the release of his new set Bunny on 24th March 2023 via Yala! Records.

Bunny sees Willie diving whole-heartedly into funk, Philly soul and R&B in a set that echoes Sly and The Family Stone, Midnite Vultures-era Beck and a little OutKast. Yet Willie comes at this classic sound via an unusual influence: David Bowie’s relatively undiscovered The Gouster – an album of the Thin White Duke at his funkiest.

Willie says, “The whole era is something that I love. Long before making ‘Twin Heavy’, I had always listened to funk, soul and R&B, but for some reason it never translated into my own music. Really my inspiration was just the feel of things, I really enjoyed playing music that makes you feel really good.”

Teaming up with producer and drummer Loren Humphrey (Florence + The Machine, Arctic Monkeys, Lana Del Rey), Willie headed to New York with his long-term bassist Harry Deacon to record alongside Loren’s ridiculously accomplished team of musicians. He compares the experience to being like Brian Wilson: he writes and fronts the songs, but it was an unadulterated joy to let the band work their magic. Another guest comes in the shape of Jamie T, who inspired and features on ‘Thank You’.

Outside of its fresh sonic style, Bunny stands out due to its vibrant feelgood factor. Willie’s personal sense of contentment is so engaging you can’t help but fall under its spell, especially as love is a recurring topic. While there’s a fresh maturity to his words and a desire to express more universal emotions, there’s still plenty of Willie’s dry British humour at play as we heard with the recent low-key fan release ‘Tiger Woods’.

‘Dreams’ is released alongside a video, which spins some of Willie’s characteristic tongue-in-cheek humour into the song’s message. Willie embarks upon a journey during which he carries a bundle of cash on his back. The more money he accumulates the harder it is to keep going, until he’s eventually weighed down altogether while looking like some kind of hirsute disciple. The video is his latest collaboration with Joe Wheatley, the duo having won Best Rock Video – Newcomer for ‘True Stereo’ at the 2020 ukmvas.

Willie says, “‘Dreams’ is a song I wrote when thinking about the cost of an ambition. The idea behind the video is, what would life be like if you had to carry all of the money you made on your back, and that if you did have to carry it you probably wouldn’t want as much.’”

Hear ‘Dreams’ on streaming services HERE and watch the video below.

In addition to its digital & streaming formats, the album will also be released on standard black vinyl and a pink gatefold vinyl, which will be available exclusively from Willie’s store HERE. A transparent vinyl edition will be available via key indie stores and HMV, while a Rough Trade edition features exclusive, alternate artwork.

Willie J Healey will play the biggest shows of his career to date in November when he heads out on an arena tour as special guests to Florence + The Machine, the run includes two nights at London’s O2 Arena on the 18th & 19th. He’ll warm-up for the tour by playing some select underplay headline gigs, all of which immediately sold-out.

* = Special Guest to Florence + The Machine