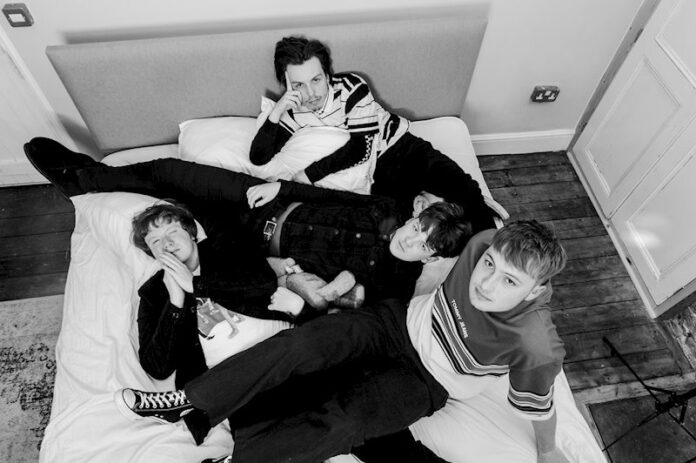 CALLOW YOUTH epitomize everything that is great about Brit-rock, and they are arguably the hottest young band to come out of Manchester in the last few years. Since releasing their latest EP Straight To The End in April, the band has continued the momentum and hype with a string of new singles.

The upcoming single ‘Ballad of a Travelling Man’ will be released digitally by Golden Robot Records on the 19th of October, preceded by 3 brilliant singles – ‘Mad Machine’, ‘Bootleg’ and ‘Man In Need’.CALLOW YOUTH has continued the rollout of high quality British rock.

Listen to ‘Ballad of a Travelling Man’ HERE

Based on the film ‘Interstellar’ by Christopher Nolan, as well as the fascination with the story and boundaries pushed during production of the film, Callow Youth’s latest slow-burning rock hit ‘Ballad of a Travelling Man’ is about a man who travels to space as a hero, yet is left forgotten and floating through the void alone after it all goes wrong.