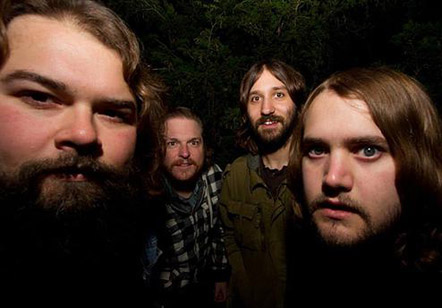 April 27, 2016
Reading time: 3 min.
Facebook
Twitter
Pinterest
WhatsApp
Linkedin
Email
Print
Telegram
Copy URL
By Andy Thorley
Buffalo Killers celebrate a decade
It’s been 10 years since the demise of the revered Cincy-based garage rock band Thee Shams, but out of those ashes rose an even mightier beast – Buffalo Killers. It was then that Zachary Gabbard from the band sent Alive Naturalsound Records’ owner Patrick Boissel a four-track demo, where they were quickly signed for the release of their self-titled 2006 debut album. Andy Gabbard recalls, “We sent Alive a CD with our name and Zach’s phone number on it. No internet involved. Patrick called Zach right as we were about to leave to play our first show.” Zach laughed, “He actually called me on 6/6/06. The CD we sent only had four songs on it; the only ones we had written and recorded. I lied and said we had enough songs for a full album.”
A lot has happened since then; they’ve released seven studio albums, had their second LP, Let It Ride, produced by The Black Keys’ Dan Auerbach, and have been personally invited to tour with the likes of The Black Crowes, The Black Keys, North Mississippi Allstars, Rich Robinson and others. Reflecting on working with Auerbach, Andy remembers, “He asked us to come record at his house. I played a classic Gameboy every night in his guest bedroom till I fell asleep. He made us bacon and eggs for breakfast. He had an old Rolling Stone magazine with Doug Sahm on the cover next to his toilet. He’s a celebrity now.” Zach added, “Dan and Pat both helped us in the early days. We ate a lot a hamburgers. Turning each other onto new music and just hung out having fun. I haven’t done a interview without being asked about Dan.”
Although the lion’s share of Buffalo Killers’ recorded material has been released exclusively through Alive, the band tested the waters with a new label a couple of years ago, only to return to Alive (they’re currently holed-up in the country at their Howler Hills Farm analog studio working on their newest album for the label). Asked about their decision to return to Alive, Zach was quick to respond, “Support. No other label will ever give us the freedom we have with Alive. I can’t speak highly enough about Patrick and Suzy.” Andy agreed, “We’ve always been with Alive. Since day one. They motivate us to try new things to get our name out. In our minds we never left. Alive is the best in the world.” 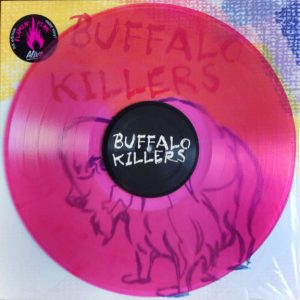 To mark the occasion of this band/label love-fest, as well as the tenth anniversary of the group, Alive Naturalsound Records have released a limited colored vinyl edition of Buffalo Killers’ debut LP (along with a special pack of Buffalo Killers rolling papers!). In addition, the band will be performing two special anniversary shows – May 6th at The Comet in Cincy (the renowned club where they first cut their teeth) and May 7th at Dayton’s historic Victoria Theatre, which is celebrating its own 150th anniversary this year. “We’re gonna play songs from the first album that we haven’t played in years and debut a bunch of new material for these shows,” Zach said. “Old and the new. Celebrating the past with our eyes on the future.”
To order the special limited edition of Buffalo Killers’ debut LP on flaming pink vinyl along with a special pack of Buffalo Killers rolling papers click here.
Previous article
Eviscerate Is Great
Next article
Little Bit Of Soul For Zodiac