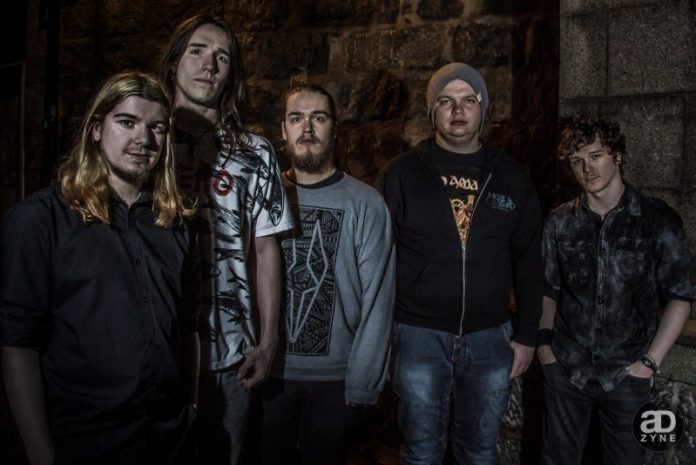 Welcome to the world of Cleanse The Hive, a five piece metal band from Aberdeen in Scotland. Formed in summer 2011 Cleanse The Hive combine elements of groove, death and metalcore to create a powerful yet melodic sound. Expect big riffs and even bigger breakdowns!

Now, Cleanse The Hive have released a lyric video for lead single ‘Eviscerate. You can watch it below:

Cleanse The Hive comment:
“Eviscerate is about the constrictive nature of organised religion, and refers to how humanity will never be able to reach its full potential when shackled by such dogmatic beliefs.”

Cleanse The Hive released their debut EP ‘From The Depths‘ on the 17th of April.The band continue:
“This EP brings to life the sound we have each been working on for years, and it’s time well spent! To be finally releasing it is a huge milestone for Cleanse The Hive. By combining heavy riffs with incredible melodies and a range of vocal styles, we believe we have created a sound which has something for everybody. We can’t wait for you to hear it!”
Cleanse The Hive have played shows with the likes of Heart Of A Coward, Exist Immortal and Carcer City, are a serious live force to be reckoned with.