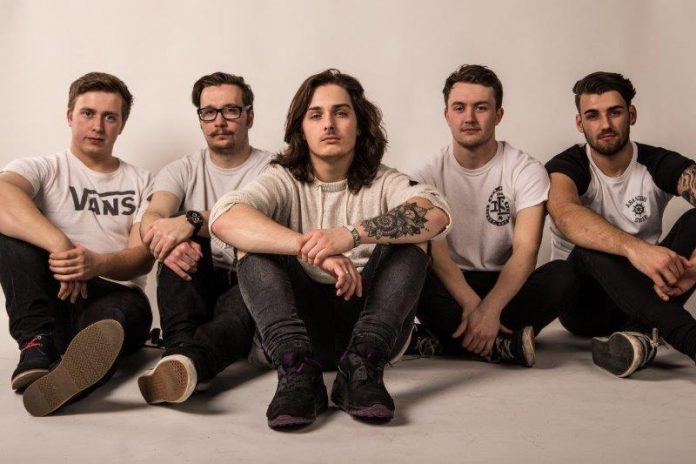 Lincolnshire’s SAVOUR THE SILENCE launch their assault on 2016 with their new single and debut music video, “I’m No Hero, I’m Just Tony Bullimore”.

Having just been picked up by Scuzz TV, the single is a high energy metalcore bouncer that showcases the huge potential in this young hungry band.

Formed in 2014 by a group of friends with a united passion for powerful music, SAVOUR THE SILENCE take influence from the heavier sides of Bring Me The Horizon and Of Mice And Men combined with the melodic prowess of Northlane, In Hearts Wake and Devil Wears Prada. Also citing UK experimental giants Enter Shikari as an influence, SAVOUR THE SILENCE have big ambitions to break out of the mould to do things their way.
“I’m no Hero, I’m just Tony Bullimore” also showcases the band’s talent for crafting a lyrical narrative, as telling a story is as important to the band as the musical composition.

Guitarist Charlie Cockings comments:
“When it comes to writing songs we always write songs with a story whether it be stories describing where we are at that time in life or stories about history. We got the inspiration for “I’m no Hero, I’m just Tony Bullimore” from a guy (Tony Bullimore) who was a sailor and his ship capsized in the seas surrounding Australia. He was telling his story about the whole incident in an interview when the interviewer said people are calling a hero and he then said “I’m No hero, I’m Just Tony Bullimore” and we just liked the idea of the whole thing so we did the song based on his experience.”

As a dedicated live band, SAVOUR THE SILENCE hit the live circuit from day one which quickly built them a strong loyal following. Their hard work paid off earning them an appearance at Riffstock Festival performing with Continents, Martyr Defiled, Grains, Lock & Key, Shields, Acres, raising their profile on a national level.

SAVOUR THE SILENCE have now entered the studio with Timfy James of Hacktivist to record their debut record, so stay tuned for more information.

Catch the band live this spring: