Rise From The Ashes 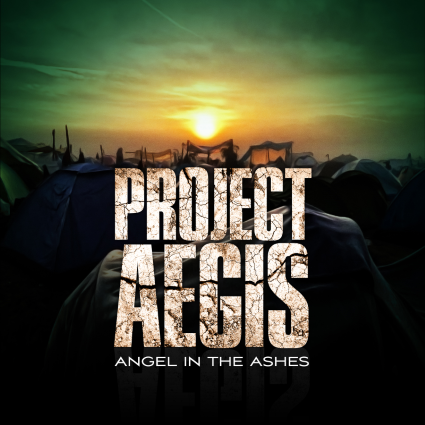 Ulterium Records is proud to announce the release of “Angel In the Ashes”, an all-star charity track for sale with 100% of the income going to feed homeless and refugee families in Greece. The song is being released under the banner Project Aegis, and was composed by Theocracy songwriter and vocalist Matt Smith. You can watch a studio video with the track below.

Project Aegis previously released the charity single “Collide and Spark” in 2014, the proceeds from which went to feed the homeless in the Nashville, Tenn., area of the U.S.

“I’ve been wanting to do another charity single since we had such a great experience the first time around,” says Smith. “The challenge was finding the time and the appropriate cause, as well as putting together a lineup worthy of the caliber of talent we had on the last song. I think we did it!”

“The song is about someone who decides to take that first step to help a person in a dark or dangerous situation. I was talking to some friends of mine who live in Greece, and every weekend they help feed the huge number of poor, homeless and refugee families in that area. It’s a massive need, and the dollar you spend on this song can make a huge difference in
providing a hot meal or a blanket for someone. It’s a very worthy cause, and everyone involved in the track freely gave their time and talent to make this happen. We hope you enjoy it!”

“Angel In The Ashes” can be purchased at the links below:
Bandcamp: https://ulteriumrecords.bandcamp.com/track/angel-in-the-ashes
Amazon: https://www.amazon.com/gp/product/B01ECSUF9Q