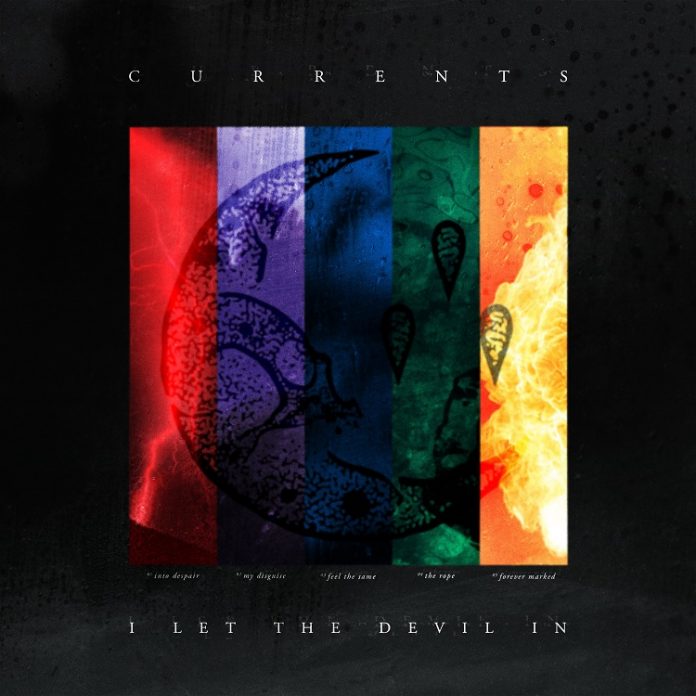 Connecticut metal band CURRENTS has announced the upcoming release of a brand-new EP called ‘I Let The Devil In’, which is due out on December 14th from their label SharpTone Records. The new record was produced by Ryan Leitru of FOR TODAY and follows the band’s acclaimed 2017 album, ‘The Place I Feel Safest’. The release will coincide with a headline tour in December.

Today, CURRENTS is giving fans a taste of the forthcoming EP, with the release of a brand-new single ‘Into Despair.’

Pre-order ‘I Let The Devil In’ here: http://fanlink.to/Currents

“‘Into Despair’ is about the moment you fall back into old, destructive habits. We’ve all experienced the shame of being back in a place we thought we left a long time ago, and we wanted to really capture that feeling and put it into a song. This is the first time I’ve ever felt like I said exactly what I needed to say, and so I’m proud to present ‘Into Despair’ to all of you.”  – Brian Wille

The track is one of 5 new songs that have been in the works for several years and are finally seeing fruition for a record that further demonstrates the band’s intensity and ability to craft incredible and dynamic music that’s both highly skilled and accessible.

“Time is a common theme in this band; we believe that spending dedicated time on a project is the most important aspect of having a fully realized idea. I Let The Devil In is a collection of songs 3 years in the making. Each song has been reworked and revisited multiple times before finally coming to Ryan Leitruto piece them all together in their final state. We couldn’t be more excited to share ‘I Let The Devil In’ with all of you, and to get you ready for what we have planned for the future of Currents.” – Brian Wille

Also today, the band kicks off their European run as part of the renowned NEVER SAY DIE! tour alongside label mates BEING AS AN OCEAN and ALAZKA.
‘Impericon Never Say Die! Tour 2018’
w/ BEING AS AN OCEAN, NORTHLANE, ALAZKA, CASEY, POLAR, THOUSAND BELOW