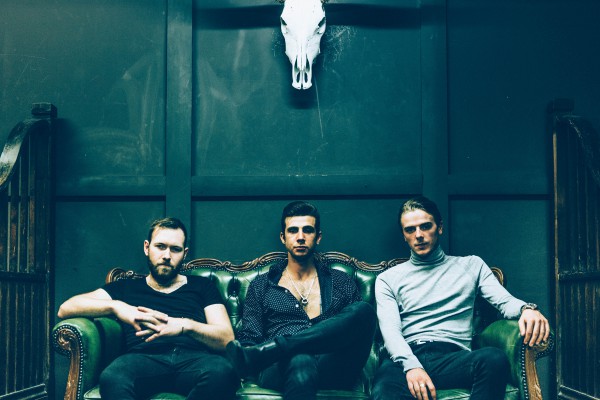 Young and hungry London rockers – and friends of MVM –  Broken Chords release “The First & Only Kind” on Nov 23 on Capital Artists.  The cut was produced by top talent Paul Tipler (Placebo, Idlewild, The Horrors, Julian Cope, The Charlatans, Elastica etc).

2. Broken Chords’ previous single, “Rock and Stone”, was a Classic Rock on-line track of the week.  The mag claimed “the cut crashed into our brains like a jack-knifed truck, leaving shrapnel and debris all over our temporal lobe.”  Both the “Rock and Stone EP” and “The First and Only Kind “single were produced by Paul Tipler.

4. The Chords toured the UK with guitar legend Bernie Torme (who called them “cool as shit, ‘cos they rock like muthas!), Kyshera and Electric Mary.

5. The band have supported The Temperance Movement at The Borderline, London and played The Answer’s after-show at O2 Islington Academy by special request.

7. Maximum Volume Music called Broken Chords “one of the most impressive new bands in Britain right now.”  Louder Than War called them “a tight three-piece who sound like a more contemporary Rival Sons.  Midlands Rocks said “we can see these guys becoming the darlings of the classic rock fraternity.”

9. The band are still only 23 years old, writing the most mature material of their lives, and ready to devote their life to touring.  There is no “plan B” for this band.

10. Broken Chords are currently preparing their debut album with top producer Paul Tipler amid growing label interest both in the UK and USA.