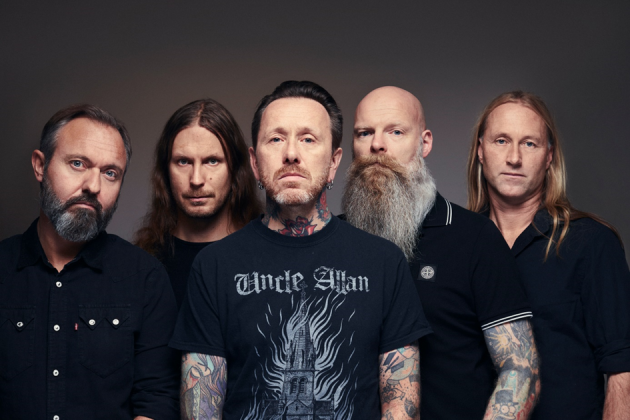 To celebrate their brand new record in style, the band has just premiered a new music video for the track “Break Out”, but chose a unique, creative way to bring it to life. As guitarist Arve Isdal works at a school teaching music production, the band invited a group of the school’s talented film students to create the track’s amazing music video – supporting arts education and the future of rock! The clip perfectly matches the song – a true hard rocking anthem.

Arve says about the new video and its making-of:

“The film students at a school I work for, Noroff Fagskole, had an assignment to make music videos. I thought it would be a good idea for them to try to make a video for Audrey Horne.

Unfortunately we didn‘t have time to actually be present in the video, so we had to send the infamous doll versions of ourselves to star in it.

The students did a great job and the video turned out very funny and looks professional, so we wanted to share it with you all. None of the dolls were harmed in the making of this video (as far as we know).”

The band’s new album, Devil’s Bell – entering the official album charts with positions such as #16 in Switzerland, #19 in Germany, #61 in France or #89 in Canada – shines with nine fist-pumping songs that will shake concert venues worldwide. As with every AUDREY HORNE album, there are no duds or misfires as the songs flow together seamlessly, making Devil’s Bell a delight to play from the first note straight to the end.  Frontman Toschie once again proves that he has one of the most charismatic and energetic voices in rock, and the kinetic guitar-work of Ice Dale (Enslaved) and Thomas Tofthagen (ex-Sahg) underlines an outstanding genre-warp of 70s and 80s rock via NWOBHM, keeping the music rocking and the listener locked in. The band is tight, the music is festive, and the songs stick upon first listen – that’s how a modern hard rock album should sound!

Devil’s Bell was recorded and produced by the band, with mixing by Herbrand Larsen. Highly praised by the music press, with several top album soundcheck and chart positions, AUDREY HORNE’s new album is out now on Napalm Records and available as the following formats:

Get Your Devil’s Bell HERE!