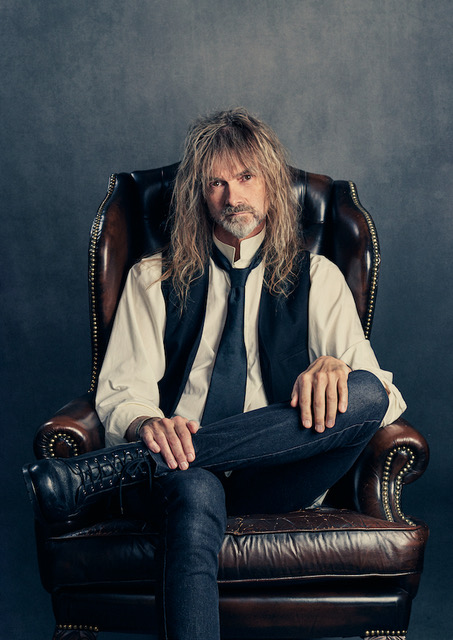 Ayreon and Music Theories Recordings/Mascot Label Group today release the reissue of Ayreon’s Universal Migrator Pt 1 & 2 (2022 Remixed and Remastered). To coincide with it they have revealed the lyric video for “Dawn Of A Million Souls,” ft. Russell Allen and Michael Romeo, which you can watch HERE.

Ayreon recently also announced a run of four shows ‘01011001 – Live Beneath the Waves’ on 15, 16, and 17 September at 013 in Tilburg, The Netherlands which sold out immediately. Due to popular demand, they have announced a 5th show on the afternoon of Saturday the 16th of September 2023. Guests for the shows include Simone Simons, Damian Wilson, Hansi Kürsch, Anneke van Giersbergen, Daniel Gildenlöw and more. Tickets are available HERE.

Ayreon has previously released the songs “Into the Black Hole” ft. Bruce Dickinson (Iron Maiden) and “And the Druids Turn To Stone” ft. Damien Wilson from Universal Migrator Pt 1 & 2 (2022 Remixed and Remastered). You can order the album here: https://lnk.to/Ayreon

Talking about the song Arjen Lucassen says, “Both singer Sir Russell Allen and guitar player Michael Romeo of Symphony X recorded their parts in the States. I still remember when Russell played their contributions to me on the phone, I literally cried tears of joy! This song has become one of the fan’s favourites, judging from the crowd’s reaction every time we play it live.  In this re-mixed version, I put Russell’s vocals more in the foreground. Personally, I also think that the amazing drums by Ed Warby sound much more powerful and crisp in this new version. Hope you agree, enjoy this great video made by Dave Letelier, assisted by Wayne Joyner!”

It is released on multiple formats – 1) A limited edition 56-page artbook including a 40-page comic, exclusive images of “the process”, 5 CDs (including previously unreleased audio) and a bonus DVD with 5.1 surround mix, 2 binaural headphone mixes and more. 2) A vinyl box set with 4 LPs on marble vinyl in 2 gatefolds, a 40-page comic book, a bonus DVD, a double-sided poster, and a sticker sheet. The vinyl box set is limited to 1000 numbered copies webshop exclusive). 3) 2CD + Bonus CD. Additionally, “The Dream Sequencer” and “Flight of the Migrator” are available separately on 180-gram orange transparent vinyl and digitally on all platforms. The bonus CD will feature an hour of previously unreleased material, ranging from versions of the tracks with different (guide) vocals to entirely new (well, old) tracks that didn’t make the albums and were previously never released.

Universal Migrator Pt 1: The Dream Sequencer and Universal Migrator Pt 2: Flight of the Migrator were released initially simultaneously in 2000, following the majestically sprawling hit album Into the Electric Castle two years previously. The Dream Sequencer continues the plot from The Final Experiment (1995), starting in the year 2084 when the final world war wiped out all life on Earth. Flight of the Migrator continues the story of the last living human being, the colonist on Mars and his decision to use the Dream Sequencer machine to travel back to before the universe was formed.

Arjen Lucassen continues his crusade of remixing and remastering his finest work to absolute perfection and Universal Migrator, Pt. I & 2 (2022 Remixed & Remastered) is a stunning addition to his spectacular cannon. With technology advanced, fans can now get the chance to hear the albums through the ears of Lucassen as he intended them.