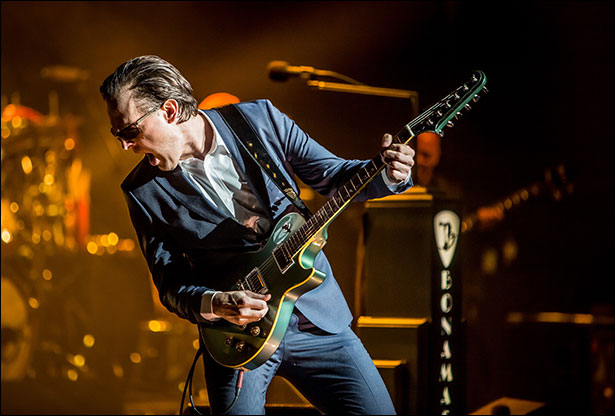 Joe Bonamassa’s love of the British Blues is at the heart of his musical inspiration; and, for the first time, is pleased to announce five special concerts paying homage to the British blues rock guitarists that inspired him – Eric Clapton, Jeff Beck and Jimmy Page – for UK fans in July 2016. This one-time only UK event will be billed as – JOE BONAMASSA IN CONCERT: A SALUTE TO THE BRITISH BLUES EXPLOSION.

“If it wasn’t for certain British musicians of the early 1960s, the Blues may well never have exploded into Rock music as we know it today, and indeed may have passed into history,” says Bonamassa.

Tickets for the  UK concerts will be available as a special pre-sale from Tuesday 26th January 2016 from Planet Rock(www.planetrock.com), 72-hours in advance to the general public – which will go on sale Friday 29th January, 2016 fromwww.ticketmaster.co.uk  and www.jbonamassa.com.  The dates will feature two special concerts performed at heritage castles at Hoghton and Newark, a headline show at the Old Royal Naval College in Greenwich, London, plus indoor shows in Glasgow and Bristol.

Eric Clapton, Jeff Beck and Jimmy Page are some of the greatest guitarists of their time that influenced Joe Bonamassa’scareer. All three are Yardbirds alumni, and indeed actually all played together at one time in the same band. Jimmy Page went on to form Led Zeppelin, which became the ultimate electric Blues band and both Eric Clapton and Jeff Beck became international superstars in their own right.

Now, Blues superstar, Joe Bonamassa, will pay tribute to these legends of the British Blues, in a stunning live concert homage entitled JOE BONAMASSA IN CONCERT: A SALUTE TO THE BRITISH BLUES EXPLOSION.  This is a once-in-a-lifetime concert experience not to be missed.

A SALUTE TO THE BRITISH BLUES EXPLOSION