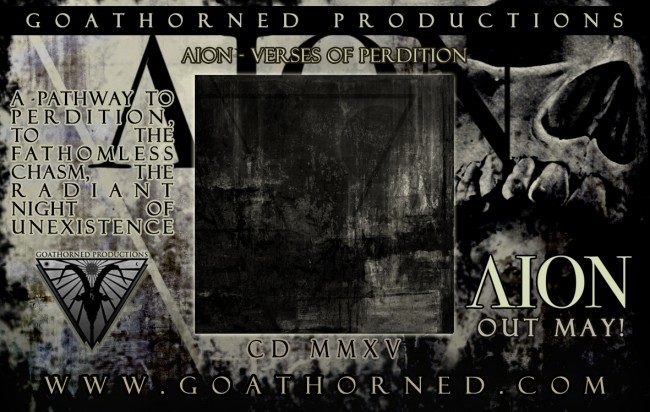 Aion are set to release their first album. So we asked them about it. Eeeek

AION was founded in MMXIII by M.V., “as a means to give sonic shape to mental and physical limit experiences.” The first opus, “Verses of Perdition”, contains five tracks which represent – according to the man himself: “five phases of a journey to the spiritual desert – a pathway to perdition, to the fathomless chasm, the radiant night of unexistence. The music shall stand as a symbol for its grey shores, the realm of one’s own dying – illimitable and infinite.”

Best instead to just listen, huh?

“Verses of Perdition” reached its final manifestation with the contributions of Asknt (drums) and Ishk (voice). The opus will be released via Goathorned Production on May 1st 2015.