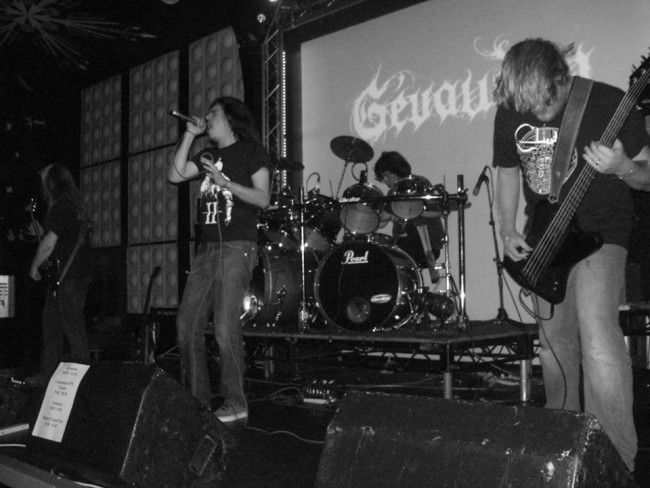 UK doom metallers, Gévaudan, have released a new single “The Burning of the Black Sun”. The single is available from their bandcamp page for free from May 2015: https://gevaudan.bandcamp.com/track/the-burning-of-the-black-sun-single
The single is a departure from the sound that their debut EP “Message for the Damned” delivers, taking a more upbeat stoner approach and has featured in their live set over the last few months so fans will be familiar with it.

Singer, Adam Pirmohammed, commented “It’s a bit more rock’n’roll and upbeat than what you’d perhaps expect based on our debut release. It didn’t make the cut for the EP when we were recording but it’s one that always goes down well live so we wanted to put it out as an accessible single.”

Gévaudan have recently started working on their next EP release which is currently planned for late 2015.

Previous article
Featured Artist: Erja Lyytinen
Next article
They Call It The House Of Bones….