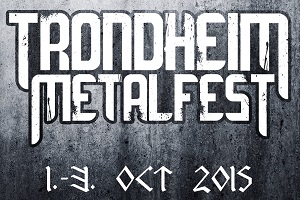 Plenty of heavy bands at Trondheim this Autumn

Recorded on various locations in both Norway and Portugal (Blasphemer´s current location) during December of 2011, the bar is once again raised. Another milestone of putrid Black Thrash Metal is born.

Aura Noir formed in Oslo in 1995 as a result of Aggressor and Apollyons’ frustration with the metal underground’s trends and fads – the increasing overuse of keyboards and polished production etc. Black metal bands were turning into symphonic trite and thrash metal as such had been left for death (sic) in the late eighties. They saw a gap that needed to be filled with something real, something metal. They intended to create a band that combined influences of 80s luminaries such as Sodom, Celtic Frost, Venom, Voivod, Dark Angel etc. Thus, black thrash metal was born.

Alongside contemporary acts such as Gehennah (Swe), Infernˆ and Nocturnal Breed, Aura Noir found themselves at the forefront of a new wave of underground metal, returning to, and celebrating the eighties’ school of evil, dirty thrash metal. \’Dreams Like Deserts\’ was released later that same year and this mini-album featured Aggressor and Apollyon switching drums and guitar/bass/vocal duties between them on every other track. This was to become a tradition for the band, both live and on record. The black and white sleeve depicting Apollyon and Aggressor at a local graveyard, wielding beer bottles and sporting the middle finger completed the oldschool feel.