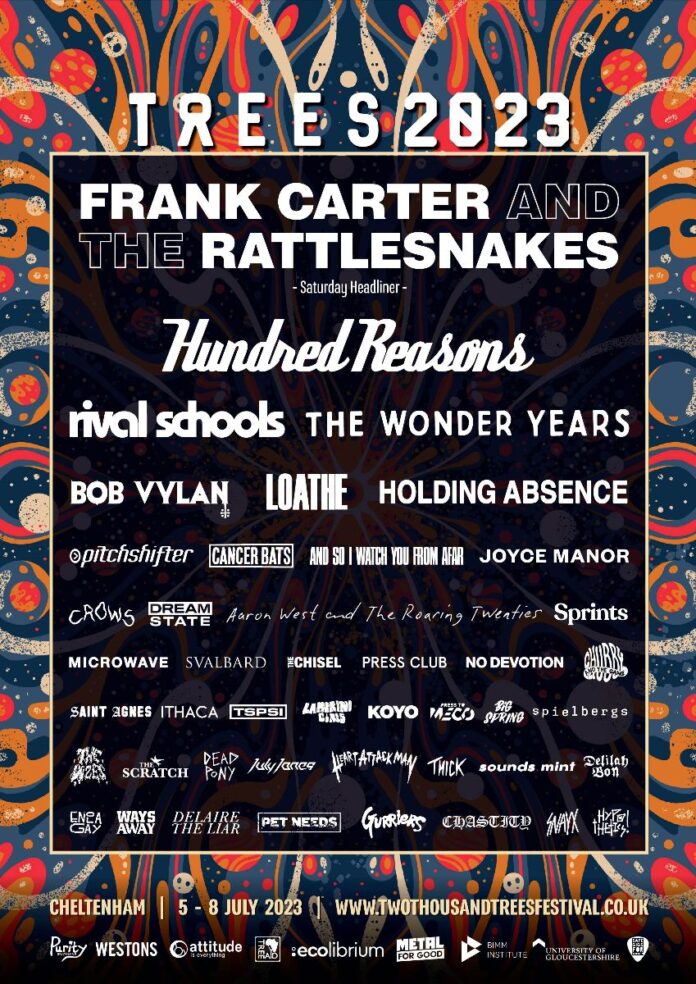 Following on from the recent ‘returning heroes’ Wednesday band announcement, 2000trees Festival 2023, taking place next year between Wednesday the 5th and Saturday the 8th of July,can now reveal more of its line up, including the first main stage headliner.

The mighty Frank Carter & the Rattlesnakes can today be announced as Saturday night headliners. One of the most electrifying live bands to come from our shores, crowds will be in for a treat from this very special, homegrown band, who are more vital, fresh and exciting as they ever have been in their career.

From 2000trees festival organiser James Scarlett – “Since their incredible set in 2017 Frank Carter & the Rattlesnakes have easily been one of the most requested bands at 2000trees. So we’re absolutely stoked that they’re coming back to close out the festival as Saturday Main Stage headliners. You do not want to miss this!”Joining them include returning UK rock royalty in the shape of a reformed and recharged Hundred Reasons, Pennsylvanian pop punk 5 piece The Wonder Years, Liverpool genre blending and defying 5 piece Loathe and Nottingham industrial rock from the reformed and reunited Pitchshifter.