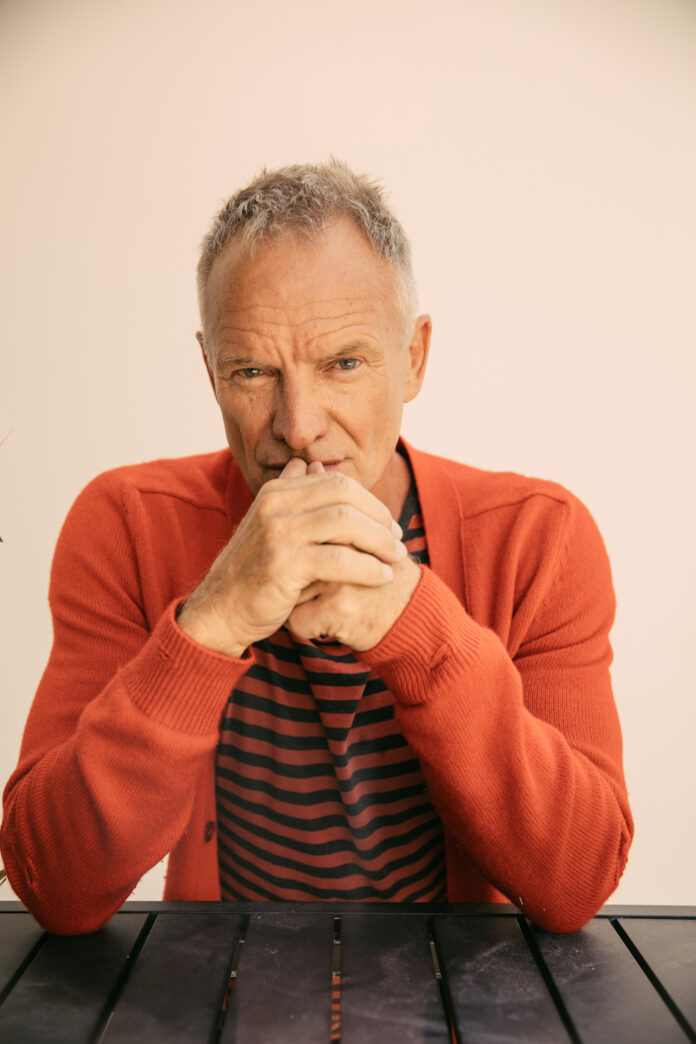 Sting’s latest album, The Bridge showcases the 17-time Grammy Award winner’s prolific and diverse songwriting prowess, with an array of songs representing styles and genres explored throughout his unrivalled career. Written and recorded in the early stages of the pandemic, the eclectic collection, produced by Sting and Martin Kierszenbaum, features Sting’s quintessential sound as he takes listeners on a musical journey.

To celebrate the release, Sting performed a private concert at the Panthéon in Paris as part of FIP’s 50th anniversary, under Foucault’s pendulum (pendulum installed in evidence of the earth’s rotation). Now, a Super Deluxe version of The Bridge will be released on June 17th and will include six tracks recorded at the Pantheon, as well as “Por Su Amor”, the Spanish version of his song “For Her Love”, in duet with Latin American singer/songwriter KURT. The new collection was mixed by Grammy Award winner Robert “Hitmixer” Orton.

This new edition will be available in 2CD and 2LP formats and released in advance of Sting’s “My Songs Tour” European summer leg, including various music festivals, followed by the newly announced Fall dates. Complete tour itinerary can be found at: www.sting.com/tour.

To date, “Sting Live At The Panthéon” program, was exclusively available on Arte Concert’s website https://www.arte.tv/fr/videos/105870-000-A/sting-au-pantheon/ and garnered more than 5 million views since its release.  This 30-minute acoustic concert will once again be promoted by Arte Concert with additional broadcasts scheduled on Arte in France and Germany, beginning May 30th.

Sting is managed by The Cherrytree Music Company.

The Paris Pantheon is a monument managed by the Center des Monuments Nationaux. The Pantheon, located in the 5th arrondissement of Paris, symbolizes the continuity of the History of France. Built by the architect Jacques-Germain Soufflot from 1764, this monument was initially to become a church. In 1791, during the French Revolution, the National Assembly decided to make the building a necropolis of the Great Men of France, honoring the characters embodying the great values of the Republic: Alexandre Dumas, Victor Hugo, Emile Zola , Jean Jaurès, Pierre and Marie Curie, Simone Veil and Joséphine Baker, among others.