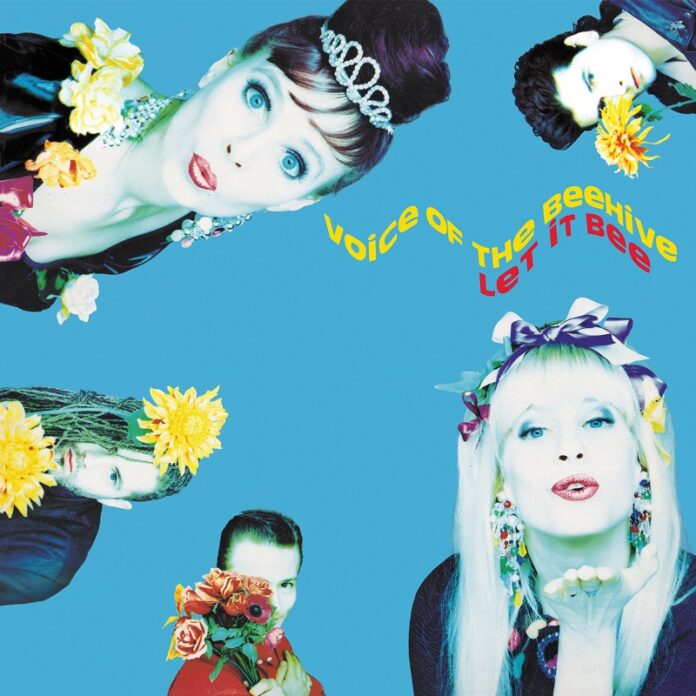 This Friday sees the re-issue of one of London Records’ era defining albums, Voice Of The Beehive’s 1988 debut ‘Let it Bee’.

Recently featured in The Guardian’s ‘How We Made’, on Radio 2’s Sounds of the 80s and celebrated with four stars in Mojo magazine, Let it Bee’s 35th anniversary edition is released on gatefold vinyl and a double CD with previously unreleased material and live sessions.  The re-issue features the previously unreleased single Cartoon City out now on DSPs.

Formed by sisters Tracey Bryn and Melissa Brooke Belland in California in 1986, and forged in the London indie scene with ex-Madness members Mark Bedford and Daniel ‘Woody’ Woodgate along with Mike Jones and Martin Brett, Voice of the Beehive’s sunny exterior and energetic rhythm section went on to score a series of five top 40 hits.

The powerful live vocals of the band, combined with the energy and stage presence of Tracey and Melissa, made Voice of the Beehive indie darlings and one of the hottest live bands on the London scene. Those two swinging Californian ponytails, dressed in the day’s finest dayglo, bangles, and Doc Martens, made Voice of The Beehive irresistible to record label drones circling the honey pot. Under the wing manager Andy Ross, they released debut single Just a City on his Food label and then signed to London Records for their debut album.   Recorded in separate sessions with producers Hugh Jones and Peter Collins, in London and Rockfield Studios in Wales, their bold and beautiful debut reached number 13 in the album charts, producing top 40 singles I Say Nothing and Don’t Call Me Baby.

As well as being constants in music weeklies NME and Melody Maker, the sister’s vibrant clothes and engaging personalities were made for late 80s TV, with the TV AM couch, Top of the Pops and a hungover appearance on seminal children’s TV show The Wide Awake Club, helping propel their singles I Say Nothing and Don’t Call Me Baby into the Top 40.   Let it Bee was followed by ‘Honey Lingers’ in 1991,  that would reach number 17, with the chart hits Monsters and Angels and The Partridge Family cover I Think I Love You.  Their brightly-coloured image and shout-along songs made them a popular antidote to the doom and gloom of the US rock scene on college radio.  In total Voice of The Beehive would rack up five Top 40 hits from two albums in the UK.