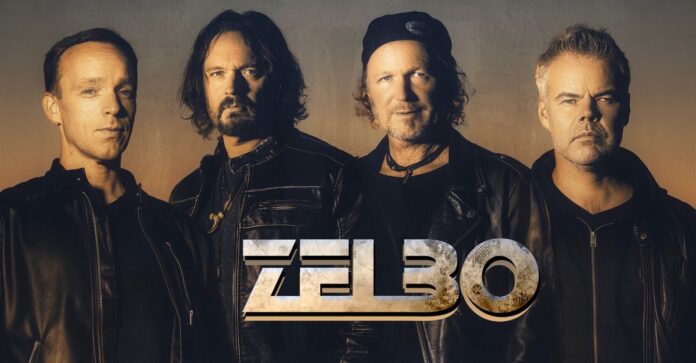 ZELBO is a new melodic rock outfit masterminded by Norwegian keyboard player Dag Selboskar. Their debut album, ‘In My Dreams’, will be released on 10th December, with a first single available now entitled ‘Fortune And Fame’.

Selboskar is an experienced musician who debuted with the band Da Vinci, with whom he made two acclaimed albums, ‘Da Vinci’ (1987) and ‘Back In Business’ (1989) for Polygram. The band ceased touring in 1992 and went on a prolonged hiatus, which only ended in 2017 with the release of the comeback album ‘Ambition Rocks’. Selboskar had meanwhile remained busy working with Trine Rein, Street Legal and Eidsivating before deciding to start ZELBO as a solo project.

He subsequently enlisted the services of longtime friend and guitarist Ken Ingwersen, who had started his own career in the 80’s working with Evenrude, followed by Rags, Street Legal and a lengthy tenure with Ken Hensley’s (Uriah Heep) band. Singer Frode Vassel and drummer Sturla Nøstvik complete the line-up.

‘In My Dreams’ is a debut album of the highest order. A Scandinavian AOR classic in the making, it is sure to make fans of artists such as Da Vinci, Work Of Art and Europe extremely happy!