BAND OF THE DAY: THE BANISHMENT 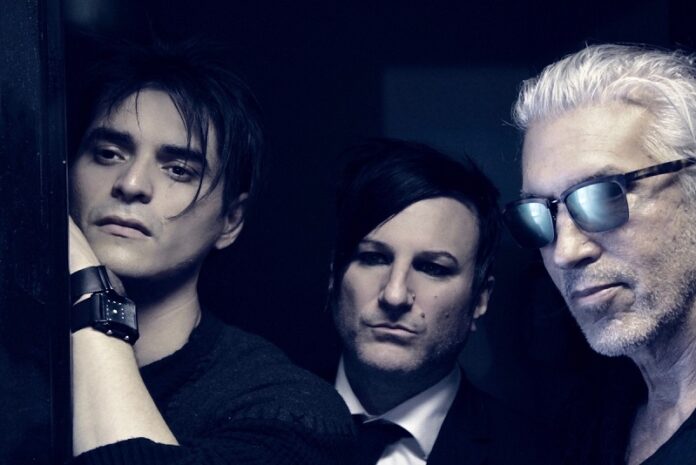 The Banishment began in the mid-2010s as a collaboration between guitarist George Lynch (Lynch Mob, The End Machine, ex-Dokken) and programmer/multi-instrumentalist Joe Haze (Primitive Race, Lords of Acid), with artist and vocalist Devix Szell joining the duo in 2020. Their debut album, ‘Machine And Bone’, will be released on 10th March via Frontiers, with a single and video from it for the song ‘Got What You Wanted’ available from today.

‘Machine And Bone’ is a brooding album of industrial rock and dream punk that nevertheless is peppered with explosive and psychotic yet bluesy guitar licks. It features guest vocal appearances by Tommy Victor (Prong) and Richard Patrick (Filter). The former even provided The Banishment with their name, which is also the title of a Prong song.

George Lynch is a world renowned guitarist who made his name with hard rockers Dokken, subsequently sustaining his successful career with Lynch Mob, solo albums, plus a wealth of collaborations that have included KXM, The End Machine, Sweet & Lynch, Ultraphonix and Dirty Shirley. The Banishment sees the six-stringer continuing to expand his creative boundaries, pushing himself into darker, subliminal and chaotic territory.

With rock, industrial, jazz, pop and reggae studio production credits to his name, the versatile Joe Haze has worked prominently with the industrial supergroup Primitive Race, initially as a remixer and then producing their second album, ‘Soul Pretender’. He also served time in the live line-up of electronic act Lords of Acid prior to the pandemic and has recently been working on an album by the late Chuck Mosley, who was the vocalist in Primitive Race but was best known as the first full-time singer in Faith No More.

Devix Szell is a Los Angeles-based artist, singer and actor who spent his adolescence performing experimental noise shows with local punk bands before featuring in other acts that included ex-members of Samhain and Christian Death. He has composed music for Catherine Hardwicke’s psycho thriller rock opera ‘Plush’, Jamie Deacon’s ‘Way To Blue’ (also acting in it) and Susanne Landau’s ‘Stick and Poke’, making his directorial debut with the promo clip for ‘Got What You Wanted’. As a performer, Szell is earnest and chaotic, with a hauntingly powerful, soul-stirring voice and a stage presence that is dramatic and mesmerising.