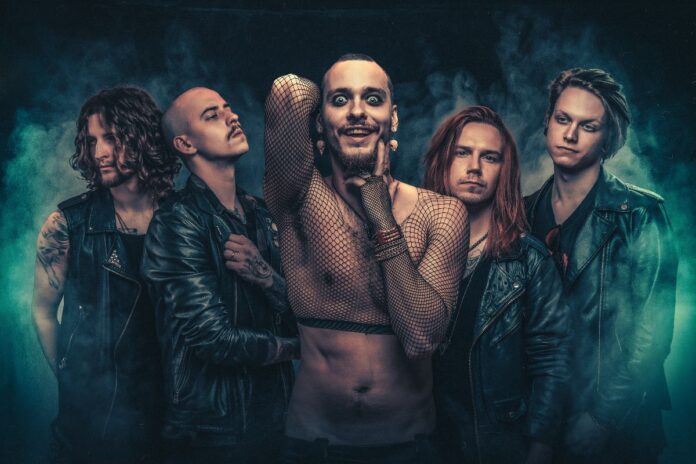 Ladies and gentlemen, dear others… welcome to the joyfully warped and inspiringly eclectic mindscape of the Helsinkian alt-rockers St. Aurora. The circus has arrived… and it’s here to stay.

The five-piece outfit’s music is like nothing you’ve ever seen or heard being sown on Finnish soil. The immensely creative, unabashedly eccentric, and forward-thinking quintet have – since their 2020 emergence as bassist Eemi Lamberg’s means to channel his artistry on his own terms – tirelessly and driven by sheer passion moulded their diverse mixture of alternative rock, post-hardcore, raucous theatrics, and the whims of childlike imagination into a powerful and undoubtedly one of a kind sound. You might be able to identify tinges of St. Aurora’s paragons in their sonics, but the intricately and meticulously crafted soundscape still feels like an entity with its own, distinctive shades and faces.

After making a name for themselves through playing a series of energetic live shows and building a steady and enthusiastic fanbase in their hometown of Helsinki, the group is even more armed and ready to take the alt-rock scene by storm. The release of Hold The Line is the first step on the next part of the journey that will take St Aurora well into 2023. This is a journey to get on board with now, it is not to be missed!

With a mesmerising and compelling energy encircling everything they do, Finnish eclectic alt-rockers St. Aurora are here to announce themselves to the world. Having spent their first couple of years as a band growing their fanbase in their homeland, St Aurora are now expanding their horizons firmly outwards with their brand new single. Titled Hold The Line, a fearsome collection of razor sharp riffs, pummelling yet hook filled instrumentation and the unique vocal delivery of Tuomas “Nile” Nilsson await the listener.

A band who thrive on pairing their music with visuals, whether live or recorded, St. Aurora are releasing a video for Hold The Line, on the 1st December, but you can stream the track right now on your favourite service – https://ditto.fm/hold-the-line-st-aurora.