BAND OF THE DAY: ROWSIE 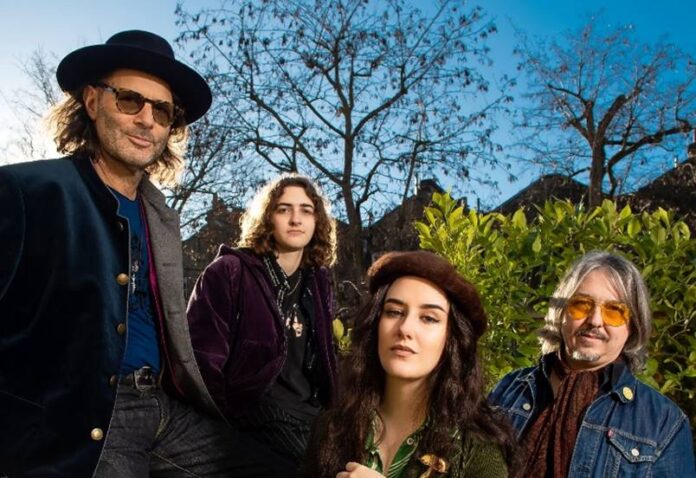 ROWSIE [pronounced rosy] sound like a car crash between Lou Reed, The Replacements and Dinosaur Jr, while listening to the best indie rock mixtape you made when you were seventeen… or still are.

It was an idea sowed a long time ago in New York – but got lost due to the need to pay rent. Now, the rent is paid and Rowsie has been conjured… it is not an idea, it is a fact.

The band got started when lead singer/guitarist Rothenberg moved to London from New York. He went searching for live music in clubs like the ones on the Lower East Side and Brooklyn in NYC. Places that spawned The Hold Steady, Yeah Yeah Yeahs, The Strokes… bands who did what he always wanted to do; made rock music on their own terms without a care in the world for who they were compared to. Sharing roots in the NY underground scene… pure energy and honest expression through sound.

Unfortunately, not a lot was left in London’s indie rock scene, legendary clubs were closing every week…so he decided to create something himself, on Denmark Street and on the Kings Road in Chelsea.

Rowsie then emerged; an English baroque pop singer-songwriter, a Canadian filmmaking composer and one of London’s coolest teenage jazz drummers got together. They all were playing in different scenes, different genres, different genders, and different cultural generations. They made no sense together at all! But when they played together after a long COVID isolation, immediately a musical vein was struck that demanded to be explored, and they have done just that.

In the summer of 2021 they started to play, write, and record. This April 2022 sees the release of their first (EP or two singles) on Ivy RecRods, a new singles label, recently launched to champion a freshly ripened indie scene tripping out onto the refurbished surrounds of London’s Tin Pan Alley.

In May ROWSIE are travelling to Mexico with Freddie Cowan of the Vaccines to play together as he launches his first solo project. ROWSIE also play a monthly residency at Sixty Sixty Sounds on Denmark Street as well as gigging in and around the capital. International tour for 2022 has dates already in the bag for Mexico, Canada, US and Japan. ROWSIE is hitting the road to work… and in autumn a debut album will be released, plus many more singles from some exceptional talent finding their way onto Ivy RecRods.