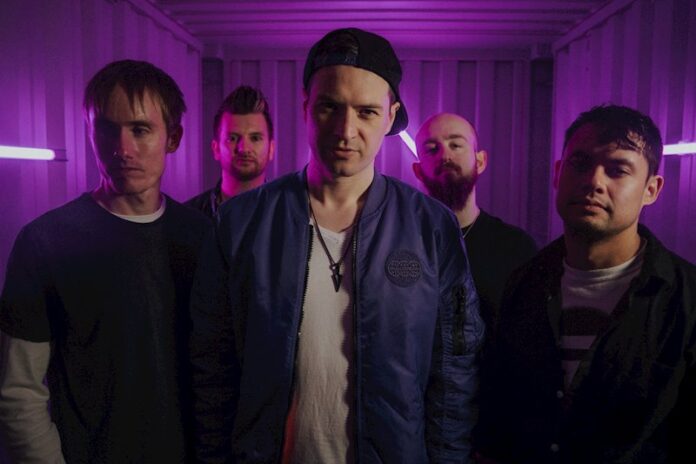 Formed just prior to the pandemic and based in Cheltenham, England, NEPTUNE RAIN were initially conceived by Kieran Ayres (vocals), Simon Oxenham (guitar) and Rob Knight (bass) all sharing a strong mutual affection for both noughties nu-metal and unified values of hope, kindness and mental health awareness. Drawing their moniker from the theory that diamonds can fall as rain on Neptune, the band see this as a metaphor for how hope can emerge, even in the darkest of times.

Testament to the group’s sheer drive and ingenuity, NEPTUNE RAIN successfully launched to a locked-down world in April 2020, with a succession of covers, gameshows, and livestreams, prompting BBC Gloucestershire to give the band and their debut single, If That Was Love, it’s first ever radio play. Further singles and an EP release then led to a performance at BBC Airwaves Festival alongside esteemed artists such as: Rag ‘n’ Bone Man and Manic Street Preachers.

NEPTUNE RAIN consistently released music throughout 2021 and drafted in Ollie Miles (guitar) and Joe Webb (drums) to add further weight and increased depth to the band’s already substantial sound. With a solidified and expansive line-up, the five-piece undertook a string of successful shows throughout the UK to coincide with the release of the extended edition of their debut EP, Chaos & Light. NEPTUNE RAIN capped the year in supreme style with a debut play on the BBC Radio 1 Rock Show.

The rampant genre-warping tunesmiths have a host of plans and releases in the works for 2022. First up, NEPTUNE RAIN have a breath-taking new single, Final Round. The track has all the hallmarks to lift the band to the far reaches of the UK scene – it’s powerful, emotionally engaging and super magnetic, but also delicate, vulnerable and dynamic. Vocalist Kieran Ayres remarks: “Final Round is the first track we have recorded as a whole band, and not in isolation, the way we always intended our music to be made! It is about a struggle with depression and a reach out to anybody else who may feel equally isolated in confronting their demons”. NEPTUNE RAIN have the appeal and quality to be one of the breakthrough bands of 2022.