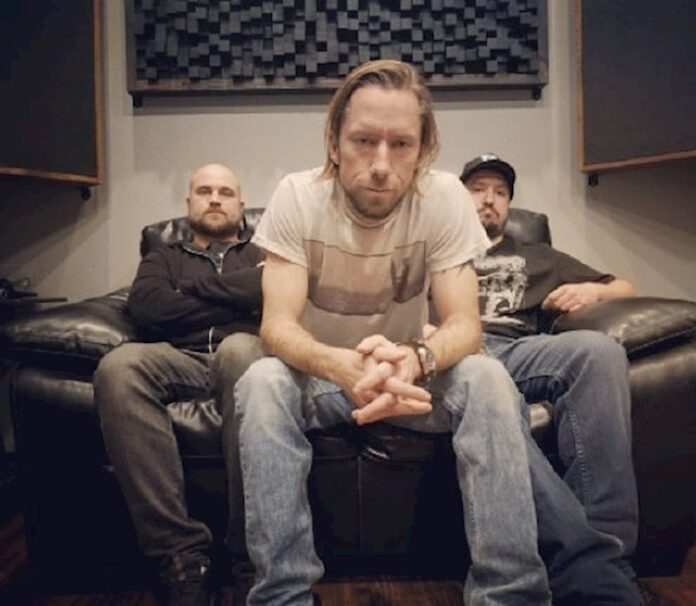 NEAR DUSK release new single ‘Spliff ’em All‘, out now on Iron Head Records, announce new album ‘Through The Cosmic Fog’ out on 28th October.

Near Dusk, the hard riffin’ mile high stoner rock, psychedelia and heavy blues drenched band you want to be listening to, and they have just released a brand-new single ‘Spliff ’em All’ which is available now on digital platforms via Iron Head Records.

‘Spliff ’em All,’ offers lush driven bass lines teamed with soothing guitar riffs and a smokey-sweet vocal style from front man, Matthew Orloff – it’s from there you are lulled into a state near dissociative bliss. Written during a tumultuous time in our combined human history and at the height of the #metoo movement, this song is a battle cry of support for the courage act of speaking truth to power. It may be rowdy, but ‘Spliff ’em All’ is a crowd-pleasing, heart-thumping analogy dedicated to those who continue to rise up in their power and to call out the injustices of the world. Consider it a warning – when Near Dusk says they are coming for your teeth – you’d best believe them.

Near Dusk also have also announced that their new album Through The Cosmic Fog will be released digitally on the 28th October. The sophomore effort from Near Dusk crosses all borders of modern rock n’ roll. From wooly riffs and fuzzed out rhythms to searing solos. The Cosmic Fog landscape is rife with good energy no matter where you start your journey.

Pre-order/add/save Through The Cosmic Fog HERE

Laden with heavy woody riffs, slow driving tempos, and plenty of fuzz to go around, Near Dusk is fronted by guitarist and vocalist Matthew Orloff, low end soldier Kellen McInerney, and rhythm heathen Jon Orlof. The band maintains an original style while crossing all boundaries of classic stoner Rock.