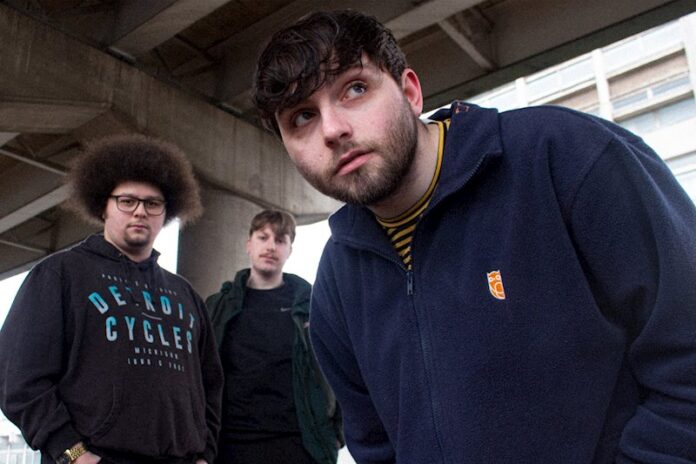 Northern alternative rock trio MY ONLY SOLUTION continue their climb with the release of their explosive new single, Euphoria, out now.  This engulfing track is lifted from the band’s alluring new album, Violent Delights Have Violent Ends, out on Friday 1st July. Watch the video for Euphoria, here – https://youtu.be/ZhAYdhsxi5c .

Pulling influence from everyone from Brit alternative heavyweights Bring Me The Horizon and Radiohead, through to US giants My Chemical Romance and Slipknot, MY ONLY SOLUTION’s reach and output is markedly diverse. Formed in 2016, the band consist of vocalist and guitarist Ryan Coop, bassist Andrew Rhule, and drummer Ryan Podmore, and for the past five years the three piece have diligently worked on the evolution and progression of their sound. To date, the band have self-produced several EPs and two full length albums, and for the last two years, MY ONLY SOLUTION have whole-heartedly pushed themselves to the brink creating their eagerly awaited new album, Violent Delights Have Violent Ends.

The band remark about the album: “This record is an ode to the issues we all face and a reminder that we don’t have to face them alone. The album was recorded in various spaces around the UK. We hope this record can encourage people to face their own personal hell.” Violent Delights Have Violent Ends is most definitely a towering statement and is awash with layered guitar parts, colossal drumming, and engrossing vocal lines that engulf and deeply resonant. Blessed with a raft of powerful singles which promise to broaden the band’s ever expanding fanbase, Ryan Coop (Lead Vocals, Guitar) goes on to comment: “I think we’ve always liked this idea of being a gateway band to get people into the world of alternative and heavy music. Everybody has a band that got them into this world, and I think it would be amazing if we happened to be that band for somebody.”

Throughout the Summer, MY ONLY SOLUTION will unveil a series of show announcements, a DIY zine, and a plethora of singles backed by stunning visuals. MY ONLY SOLUTION have arrived and they will rise and rise again.