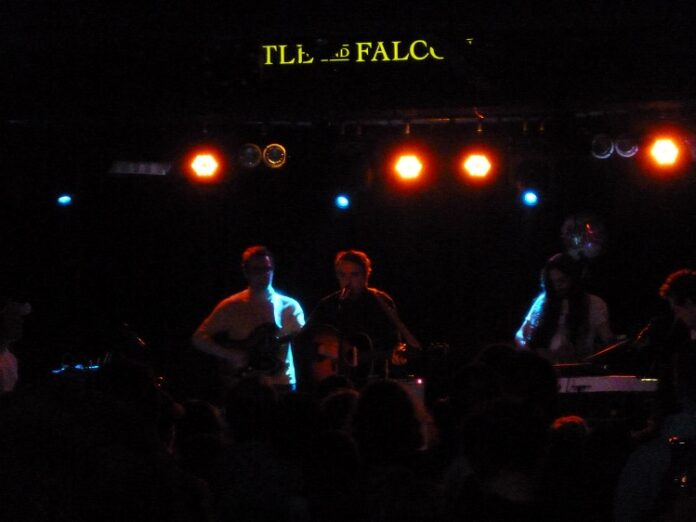 After a couple of abortive attempts Canadian folk rock singer-songwriter Andy Shauf kicks off the UK & Ireland leg of his ten date soiree of a larger twenty four date European tour in England`s second city Birmingham. It`s no surprise that a fair proportion of tonight`s hour long show includes cuts from Shauf`s last two albums the loose concept of `The Neon Skyline` and last year`s `Wilds` which seemed to be made up of songs recorded at the same time as the former release.

There`s no fuss as this five piece outfit shuffle on stage and the singer says “Hello everybody” before launching into the delightful `Neon Skyline` with its tale of a failed relationship. The protagonist of this failed romance gets her moment in the sun as the hypnotic `Judy` is aired.

A rolling drumbeat leads us into the reflective `Clove Cigarette` before `Where Are You Judy` is shared with a real quandary in the singers voice. The reflective almost conversational `Spanish on the Beach` a story of a couple’s time onan all-inclusive resort vacation, using the idea of a language barrier as a metaphor for the beginning stages of communication breakdown follows before a massive cheer rings out as `Twist Your Ankle` is offered up to the nigh on sold out crowd.

The singer asks if  there are any questions and somebody enquires as to whose birthday it is and we learn it`s guitarist Chris Bezant and the audience sing him a chorus of `Happy Birthday` before the gentle and dreamy `Begin Again` follows. We have a drum solo which leads us into `Living Room` a number about growing up lonely, the upbeat `Things I Do` and fast paced `Try Again` get an airing.

A repetitive guitar chord and some organ keys introduce us to `Television Blue` before a further cheer rings out as older track `Quite Like You` more or less captivates this packed audience. The home stretch includes numbers like the intensive `Thirteen Hours`, `To You` which was another popular choice, `The Magician` before closing out with a fairly new track with `Satan` which is a kind of autobiographical nod to the artist`s childhood where he wasn’t allowed to celebrate Halloween. A really stunning composition to close out on.

There`s a fair amount of screaming and shouting before the band return and share `Jaywalker` which tells the tale of a person not looking where he’s going while crossing the street. The lights come on and we all filter out trying to digest what we`ve just witnessed.

The last hour was a fairly intense absorption in a songwriter who has to be one of the best around these days. The songs are kind of life observations but shared with a real passion and had this packed venue almost hypnotised. There are another nine shows before the band head home, miss them at your peril.