BAND OF THE DAY: KINGS AND CASTLES 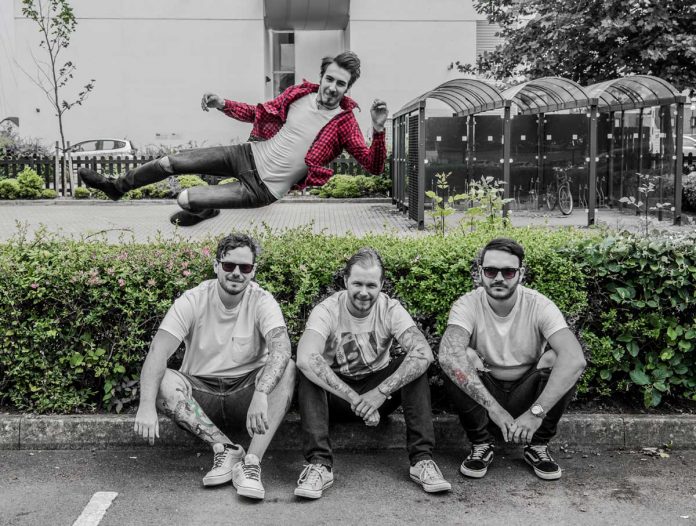 Hampshire native rockers Kings And Castles are proud to announce the release of their latest single ‘Bevvy’. The track is an infectious three minutes of punchy bouncing riffs, yet has a much more sincere meaning than the title would suggest.

Bevvy was written by vocalist Ross Rolph, he explains the background to the track:

“The song lyrics were written about a tough couple of years that I went through.
It’s about becoming depressed, seeking help, trying medication and feeling like you are on a downward spiral with no way out. Having to battle with hyper emotions, being top of the world one minute to empty the next but using music to overcome these darkest of times.

Bevvy is released through Tonotopic Records and is available everywhere right now for you to buy and stream, check it out on your favourite platform by clicking here.

The can check out the track in lyric video form below:

Formed at the start of 2017 indie rock quartet Kings and Castles recorded their first single “Love is the word” which was instantly picked up by the BBC Introducing team led by Huw Stephens and immediately started receiving airplay.

The band made up of Ross (Vocals/ Guitar), Aiden (Guitar/ Vocals), Louie (Bass) and Matt (Drums/ Vocals) have continued to push on from their early success determined to put their stamp on the world having been picked up by London based record label Tonotopic Records.

A busy 2018 saw them pack out numerous venues creating a party like atmosphere in locations across the UK. The band performed at various festivals throughout the year such as Byline, Icebreaker, Charmed Life and Wickham Festival. Having played with artists such as Badly Drawn Boy, Deco and Wolf Culture over recent months, the band released a single “Daydream” which received raving reviews.