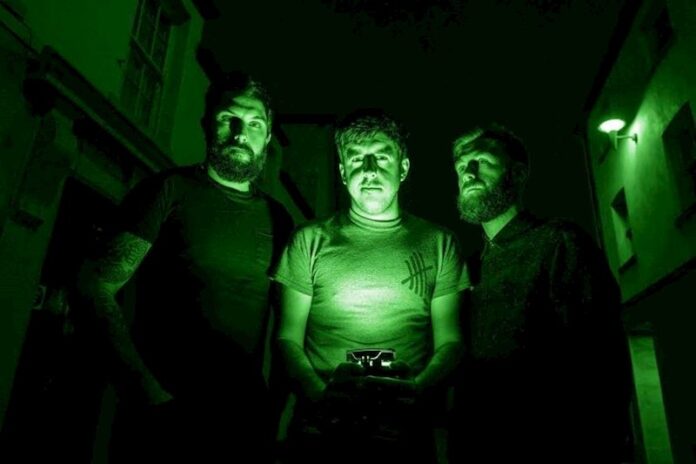 The early seeds of ICANTDIE were sown in Bridgend, South Wales, in 2016 when Kyle David Smith (Lead Vocals and Guitar) confined himself to his room to work on a project that would align itself with his creative exuberance. Kyle endeavored to create heavy music akin to Billy Talent, Everytime I Die, and Dillinger Escape Plan, and devoured Muse, Reuben and Biffy Clyro, working on the right recipe for an accessible, yet colossal sound. Aiming to shift into a trio, Kyle wrote a series of songs and refined the tracks whilst seeking suitable band members. With Gav Burrough (Funeral For a Friend, Hondo Mclean) on board to assist production and also provide guitar, bass and vocals, a killer debut EP entitled Transition/Merger was created. The release was met with strong acclaim, helping to secure the services of Adam Kerslake on drums and bassist Sam Bennet as permanent band members.

After numerous rehearsals, a slew of shows, and countless writing sessions, the band finally established their sound and returned to the studio to work on their sophomore EP, Doppelganger. Recorded, mixed and mastered by Todd Campbell (Straight Lines, Phil Campbell and the Bastard Sons), the record arrived in 2019 to a rousing reception. Further shows ensued, and dates with the likes of Haggard Cat, The Hell, Raiders, And so I watch you from afar, As Everything Unfolds and Thiscityisours, all massively helped with ICANTDIE’s rising trajectory.

With the trio’s growing status as an up-and-coming force on the live scene, ICANTDIE headed back to the studio with Todd Campbell once again at the helm. The burly threesome drafted in Sean Smith (Raiders & Ex The Blackout vocalist) to collaborate on the track, and the single has already been labelled as the band’s best work to date. Kyle David Smith comments about the track: “‘Counter’ is about dealing with my personal weight problems and ignoring the ramifications. Recording with Todd is always a good bet, and I wanted this track to be justifiably angry. What better way to get that anger out than with myself and the loud vocals of Sean Smith?”

Extensive live shows are lined up for 2022, along with a brand-new EP – you just can’t keep ICANTDIE down.