BAND OF THE DAY: GRUMPSTER 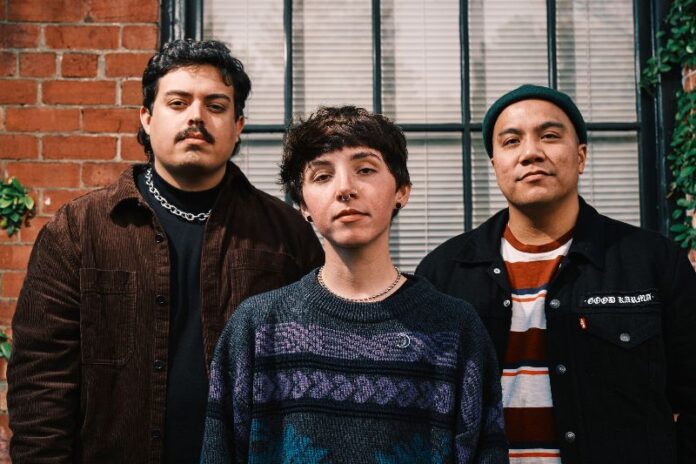 Growing up in Salem, Massachusetts, with Green Day’s Dookie in heavy rotation, Walsh learned guitar on his own and fell hard for East Bay punk in all forms. In 2015, as a teenager, he plotted a trip out to San Francisco with a friend, scoping out the stages where bands like Operation Ivy and Crimpshine got their starts. Soon after returning home, Walsh bought a one-way ticket and decamped west permanently, picking up odd-end jobs, including at Guitar Center, to pay the bills.

Within a few months, Walsh crossed paths with Deetz, a guitarist from nearby Albany in whom they found a kindred spirit. Impossibly, when the pair got together to jam, they discovered they’d written near-identical songs, down to the chord progressions. Scouring the scene for a drummer who could match their preternaturally shared tempo, Walsh and Deetz eventually got in touch with Noel Agtane, a Bay Area native who’d drummed around town, across church bands, indie-alt group Oh My Heart, and pop-punk band Triples Alley. After getting a sample of his intimidating blast beats, the pair asked him to slow it down and were rewarded with the steady, studied, powerhouse percussion they’d been hearing in their heads all along.

From there, Grumpster’s been on one long upswing, three fast friends crafting rambunctious, mosh-ready, deliciously deadpan punk that they say stays friendly despite its edge – smiling big means showing some teeth, after all.