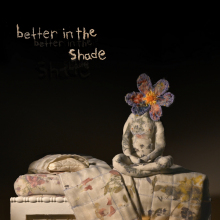 Patrick Watson is an American-born Canadian singer-songwriter from Montreal, Quebec. His music at times is a blend of cabaret pop and classical music influences with indie rock and has been compared to Rufus Wainwright, Andrew Bird, Nick Drake, Jeff Buckley, and Pink Floyd for its experimental musicianship.

He has a new album out this month called ‘Better In The Shade’ which is about negotiating a world where you don’t know what’s real anymore.

The album opens with the title track `Better In The Shade` with a breathy vocal, a quietly played piano and as it evolves we have some orchestral strings join. A number that seems to be about a relationship that maybe`s not working out. A delightfully intensive submission to open on. We have in `Height of the Feeling` a song according to the singer “ about using intimacy as a compass when you feel out of your skin. I sometimes just have trouble without affection to ground me. I don’t know if that’s good or bad, it just is. I was lucky to be able to co-write this with Ariel Engle from La Force. She’s so much fun to work with. We just did loads of improv takes on one mic and giggled together the whole time”. It has a wonderfully hypnotic electronic heartbeat as it`s guiding force and the vocal harmonies really bounce off each other almost goading each other. Another all-encompassing listen.

`Ode to Vivian` is inspired by the photography of one of Patrick`s heroes Vivian Maier. It`s a brief instrumental soundscape that captures the fragility of the photographers life and work. There`s another track `Little Moments` that is also influenced by the photographer. A quite pensive and thoughtful reflection on the documentarian and her methodology. It has gently shared piano keys, a guiding electronic pulse, and vocals that at times seemed almost shared through a vocoder and feel tense and at times remote.

Patrick has shared that `Blue` is about “being addicted to negative feedback in your own head just like any other drug and sitting in melancholy as a form of escape due to the overwhelming experience of it… But it’s also about just sitting beside someone you love and letting go together. My girlfriend Heather O’Neill at one point turned to me and said, “if you’re not here, well, neither am I” and I loved it”. It`s a dreamlike offering that I felt myself being sucked into and drifting along in it`s slipstream. I thought there was almost a retro sixties vibe to `La La La La La`. A strummed guitar, harmonic vocals, and a brushed drum, charmingly simple but so effective.

The album closes out with `Stay` another mesmeric composition. The singer relayed that the number came about from an idea brought in again by Mishka Stein. He was inspired by the feeling of holding on to one’s humanity as the digital reality is pulling us so quickly down a new path.

`Better In the Shade` is a quite perplexing listen. Patrick Watson has a wonderfully rich vocal range and has the ability to raise and lower it as each number requires. The songs shared have a real depth, beauty and intensity and really need time set aside to fully absorb them. It`s a release that you`ll come away from with as many questions as answers.