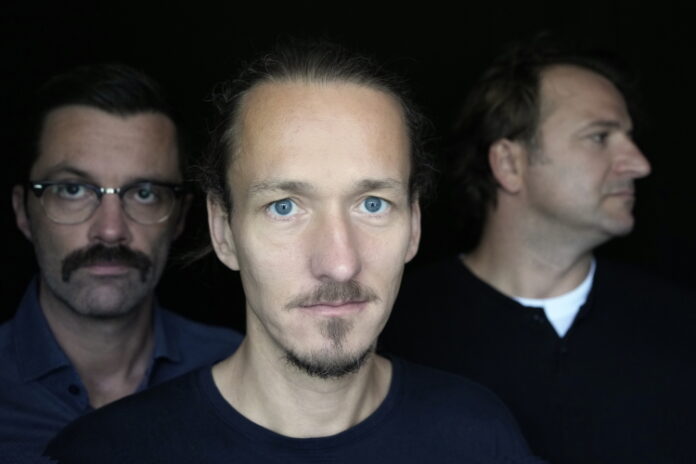 Joe Doblhofer is a Linz/Austrian based guitar player with musical roots in both European Classical and American Blues and Rock music, fused with a deep dedication to Jazz and other related forms of improvisational and interactive music. Working with German Jazz-Metal crossover band Panzerballett since 2010 he has now released his own trio’s debut album with his trio FS3 titled “Cats ‘n’ Strats”, a well-balanced mix of composition and improvisation, stylistically drawing from both traditions in Jazz and Blues as well as conceptional approaches found in contemporary classical music.

The idea behind “Cats ‘n’ Strats” was to combine all the aspects of making music that matter the most to Joe into one project. He wanted to make music that would balance composed parts with space for interaction and improvisation, and satisfy his need for both sophistication and savageness.

Says Joe, “‘Cats ‘n’ Strats’ blends together my affection for the possibilities of expression that the electric guitar provides with my love for Blues and Rock as well as my interest for intellectually demanding approaches known from Jazz and Contemporary Classical Music. The tunes are supposed to work equally well live in a trio setting as well as produced tracks on the album.”

Being born into a musical family Joe experienced education in classical music from an early age on taking his first steps into making music with the violin. It was not until the age of 14 when he first discovered the electric guitar as his means of expression, and with it a musical culture diametrically opposed to the one he had been exposed to so far.

While first being fascinated by the rawness and power of guitar based music he later discovered the limitless possibilities of the guitar in terms of creating a distinct musical language by combining its dynamic and expressional abilities with the offerings that an academic approach to music theory and composition were able to contribute. It is this dialectic between savageness and sophistication that has been driving his musical journey ever since, resulting in his long time engagement with German Jazz-Metal act Panzerballett as well as his own trio project FS3. As a sideman he has worked with Ian Paice (Deep Purple), Randy Brecker, Mathias “IA” Eklundh (Freak Kitchen), Trilok Gurtu and others.

Says Joe, “The music to this album was written over the course of several years. After being exposed to a lot of different approaches to composition during my studies of Jazz at the university and as a sideman for projects ranging from Jazz/Metal Crossover to classical Orchestra I had to figure out what in particular would work for the music I had in mind. The basic tracks were recorded live at a studio to get some musical interaction going. After that a lot of time went into developing parts around the original recordings as I love enhancing a track by creating little arranged details around obvious interactive parts. I want listeners to be aware though that this is a band record with real people interacting and taking musical risks. The music is supposed to be played live which was the reason to make the record in the first place.”

All Tracks composed by Joe Doblhofer