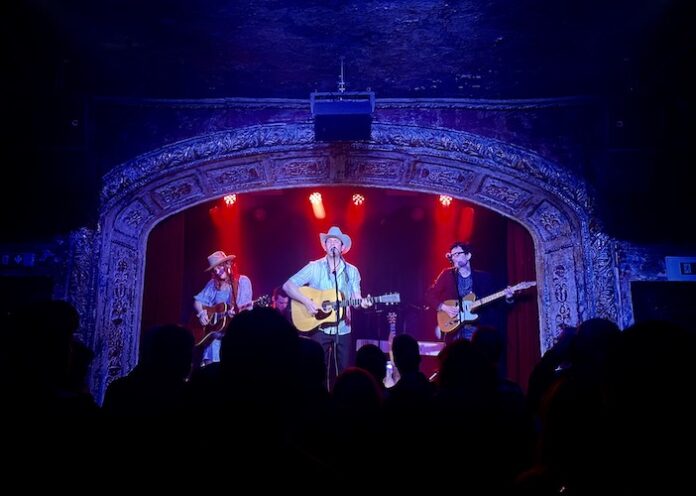 Award-winning U.S. singer-songwriter Sam Outlaw celebrated his return to the UK with the release of a brand new song, ‘Lonely Man‘, released at midnight and available now to stream/download – listen here.

Kicking off the headline tour last night (17/3) for a packed crowd in London, his first time in the city since 2019, Sam said: “I was so completely blown away by the response at Omeara and truly moved to get to be playing live music again. I’ll never forget the night and how special it felt to return to a stage in the UK.”

Taking inspiration both from classic country ballads and the 80s production weaved throughout much of his latest full-length record Popular Mechanics, the contemplative ‘Lonely Man’ is the second of several additional tracks to be released alongside the album, and follows his cover of Enya’s ‘Wild Child‘, a duet with Molly Parden.

“This new single, though about loneliness, is actually a lot of fun,” shares the artist. “And once again I get to merge some of my favorite attributes of country music, like the pedal steel, with pop and rock sounds that take the song to a completely unexpected place. Really proud of this one and kudos to Cheyenne Medders who so skillfully produced the track.”

The tour continues in Milton Keynes this evening (18/3), with support from Ruthie Collins on all dates, who also joins Sam onstage as part of his band, along with Medders – limited tickets remain for all shows: