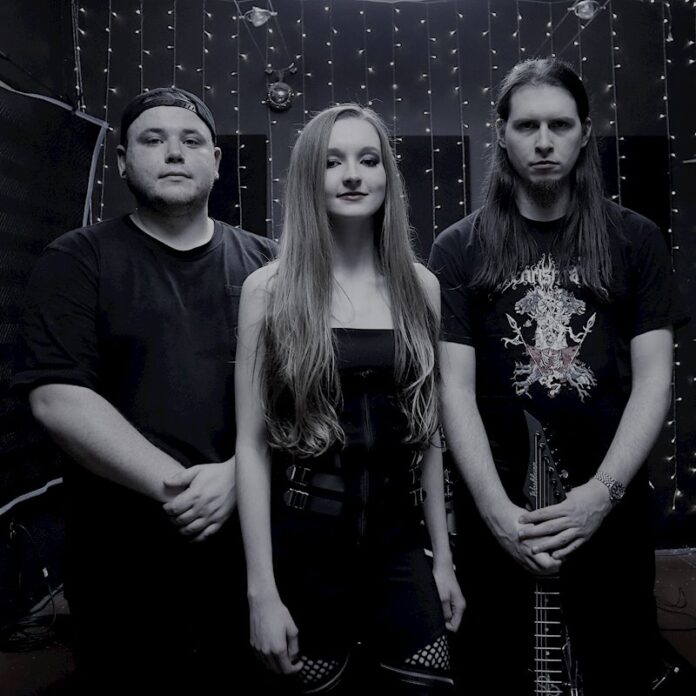 Dystopica is a heavy metal band from Connecticut, US. Dystopica was formed in 2019 by Becky Brideau. The band’s lineup is Becky Brideau on vocals, Rob Muller on guitars, and Erich Bender on drums. Dystopica has a distinct sound blending hard rock, heavy metal, thrash metal, and progressive metal.  The band’s music includes melodic, harmonizing guitar riffs and powerful female vocals. Influenced by classic heavy metal, Dystopica brings back qualities of heavy metal from the 70’s and 80’s mixed with some modern and progressive elements.

Due to Covid, Dystopica has not had the opportunity to perform live shows yet as a band. However, all the members have performed live in previous bands. Guitarist Rob Muller has performed with previous bands at numerous venues including The Chance Theater in Poughkeepsie, NY and has opened for several well-known bands including Warbringer, Dying Fetus, Kittie, Enforcer, Moonspell, and Cattle Decapitation. Drummer Erich Bender has performed with a previous band at multiple local venues in CT including the Webster Underground in Hartford, CT. Vocalist Becky Brideau has performed with a previous band playing at local festivals and venues in CT including the Toyota Oakdale Theater in Wallingford, CT at a Live Nation event. As a band Dystopica is planning on performing live shows starting in the fall of 2022.