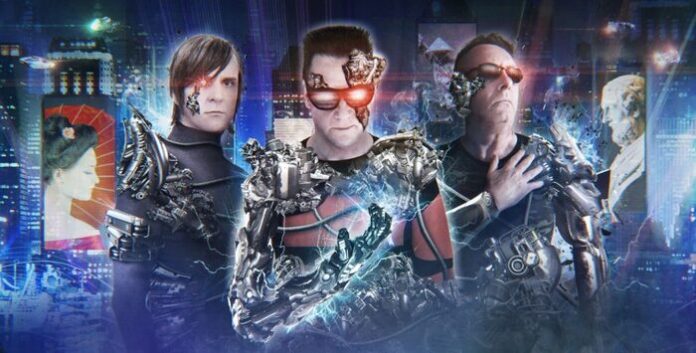 After a couple of teasing EP and video clip releases, the Belgian Alfa Matrix label announces us today the full length album by Die Robo Sapiens, the ultimate EBM project by the members of Die Krupps. “Robo Sapien Race” will be released by the end of October on a fan edition Vinyl (with lots of extras such as a DJ Turntable slipmat) and as a limited 2CD box set pressing next to download.
Behind Die Robo Sapiens we find the Die Krupps members Jürgen Engler plus Ralf Dörper and Marcel Zürcher.

Jürgen Engler: “The idea for us was to have an outlet for songs that couldn’t be used in a Die Krupps context. The use of guitars in Die Robo Sapiens music being taboo In a way, it’s a return to our electro roots, but with a twist. Imagine the Duesseldorf sound of Kraftwerk mixed with hard Die Krupps EBM. This combination of styles has been spooking around my brain for a while, and it was time to put it into action.”

The album also gets released on vinyl format as a fan edition pack limited to 333 units worldwide including the 10-track album on black vinyl in a deluxe gatefold packaging (with full lyrics) with a bonus DJ turntable slipmat, a page marker and a numbered postcard, plus the new 20-track “Sounds From The Matrix 023” label CD compilation which for now is exclusive to this release.