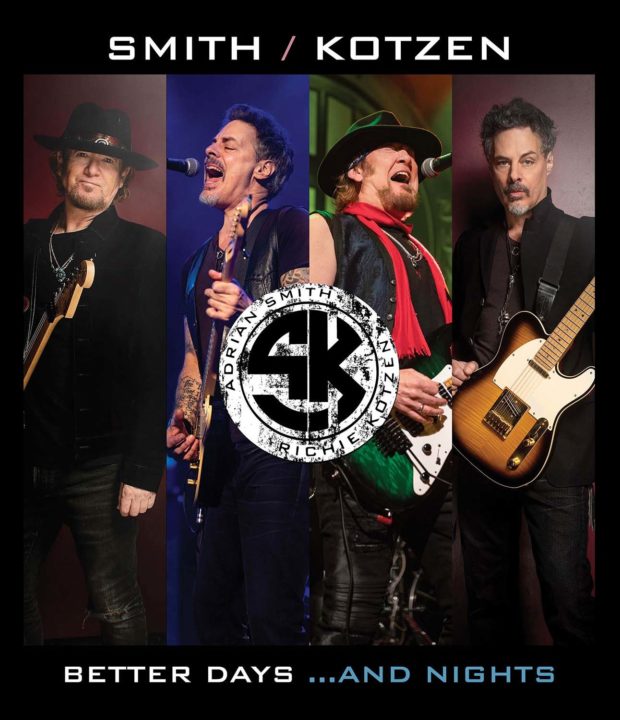 One of the more surprising collaborations of the last couple of years – I don’t know why either, given the talent of both – has proved to be one of the most satisfying.

Now Smith/Kotzen are back again, with a nine track thing that almost ties up the loose ends so far.

“Better Days…And Nights” makes their “Better Days” EP from last year available for the first time on CD – but crucially tags on five live songs too. When I reviewed it last winter I said: “Given the talent on show Smith/Kotzen could have been just about anything they wanted to be, and there’s already a sense of creative change here. It will be interesting to see where it ends up, because there’s a suspicion that this is a partnership with much still to do, and much growth to undertake yet.”

And whilst that was true, what struck me watching them live this year, was just how comfortable they sounded, noting “they not only need to be on this stage, but love to be as well, and that sense of fun, as much as anything, shone through here tonight.”

Listening to the five live tunes here – at least one of them sounds like it was recorded at the gig I was at – then the fact shines through that this is not just consummate hard rock, but also unlike anything they’d done before.

Even Kotzen (for whom this is the more natural ball park, obviously) sounds inspired and enthused as they trade licks on “Hate And Love”  – perhaps the stand out here.

“Got A Hold On Me” is more a Smith song, a thumping rocker about the perils of alcohol (“but enjoy your beer,” he jokes). The slide guitar is a world away from running for the hills, though. That’s the beauty of this.

A trio of tracks from the debut finish off. “Scars” is darker, bigger, somehow with an inbuilt grandiosity. Like a mid 80s power ballad spruced up with some blues, and “You Don’t Know Me” balances it out with a big arena sized swagger. I guess when you’ve done what this pair have in your career it comes naturally. Stretching out towards 10 minutes, though, this is a glorious epic.

If the phrase “comes naturally” seems to be damning with feint praise, then its not meant to. This is two men of incredible skill pushing themselves. “Running” offers the thought “cos in the end I guess I am running from myself”, and maybe its that constant search that drives all this?

Whatever, it seems like they’ve found what they are looking for in this partnership.