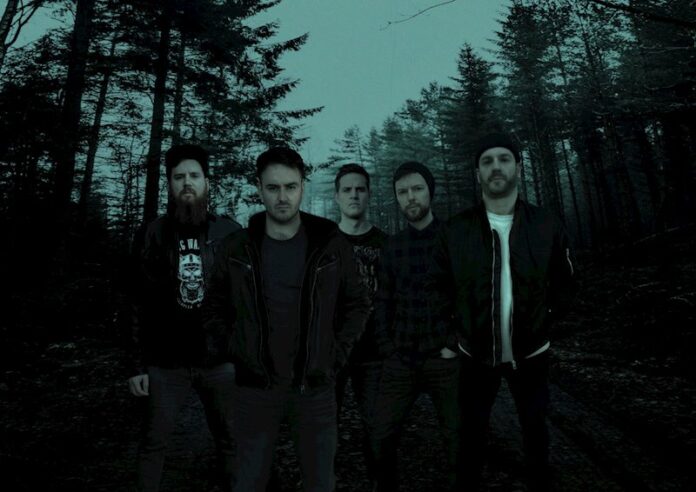 Take the crushing riffs and methodical prowess of Killswitch Engage, the hooks and epic appeal of Parkway Drive, and the gritty energy of As I Lay Dying, COPEHILL DOWN have arrived with their rampant new single and video, Akiya – https://youtu.be/HOoPFBsdapU .

Based out of Newport, South Wales, COPEHILL DOWN are comprised of Dan Parry (vocals), Neil Mahoney (guitar), James MacDonald (guitar), Dave Warr (bass) and Rhys Thomas (drums). The UK metalcorers are relentlessly determined to make their mark, their way. The band possess an unrelenting DIY ethos, with all members recording, mixing and mastering their own songs, and even designing their own artwork and merch. The ambitious and resourceful fivesome have rapidly begun to carve out their name over the last year, with their singles: Type I, Coward Amongst Kings, Reckoning, and Silent Twin, racking up strong streaming numbers, which in turn has impressively enhanced their budding reputation.

By drawing from the raw aggression and technical execution of metalcore pioneers such as Unearth, Killswitch Engage and Parkway Drive, COPEHILL DOWN’s latest single, Akiya, represents years of hard work to refine their engaging and powerful sound. The band remark: “Our roots stem from metalcore but as we continually develop our sound, we are infusing elements of progressive and djent styles with a view to forge a unique sound that can’t be labelled as any specific genre.” The riff slingers’ new single is something special. It’s a premium slice of intense, hard-hitting groove-laden metalcore that is certain to appeal. Guitarist, Neil Mahoney comments: “The Japanese word Akiya translates to ‘abandoned house’. This analogy reflects a theme visited in our previous songs – the decline of human civilisation. Mass departure from rural beginnings and declining birth rates set the backdrop for the song’s narrative, combining aggressive riffs, brutal breakdowns and epic choruses.”

Plans are afoot for a debut EP, along with a live assault for the Spring, Summer, and beyond. Stay glued to the band’s socials for announcements.