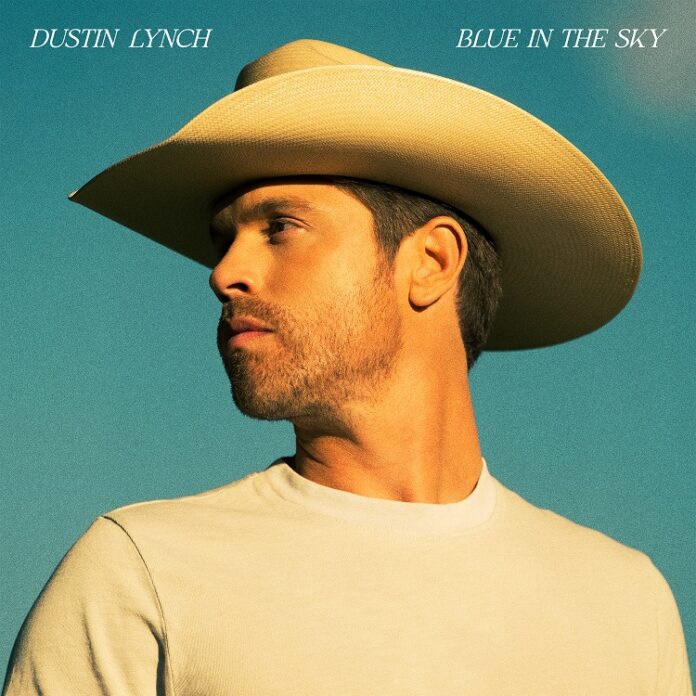 Sorry to throw daylight in upon magic, but sometimes (not every time you understand) I don’t know everything about all the artists I review. This upsets fools on the “the internet” who love to correct tiny mistakes (ok, I’ll grant you the time I went to review a band and didn’t know three members had changed the previous week wasn’t my finest hour). No, sometimes you get little facts from the PR firm who send you the album.

And nearly all the ace country I review every week comes from a place where they are downright lovely. So I am quoting this directly from their email: “Dustin Lynch has “built one of the most consistent recording careers in modern country music” (Billboard), achieving eight #1s, four Top 5 albums, eight GOLD and PLATINUM certified singles, and tallying over 3 BILLION global on-demand streams. His power duet “Thinking ‘Bout You (feat. MacKenzie Porter)” reached #1 for six straight weeks, as his fifth studio album, BLUE IN THE SKY, drops February 11th.”

Fair enough, with the way that Spotify algorithms work, that’s probably got him about £45 quid, but its staggering numbers, and more seriously it means that whatever I say about it makes no difference, because this is going to the top (its probably already there, I haven’t checked).

Indeed, the whole tone of “Blue In The Sky” is one of giving the public what it wants – and it actually sounds like Dustin Lynch is having the time of his life.

Right in the middle comes “Tequila On A Boat” (the one where the title of the album comes from as it goes and this is its chorus:

“Tequila on a boat, a boat on a lake

A lake on fire and the tans ain’t fake

A girl with a smile smiling at me

Me with my eyes on her in the heat

Life don’t get much better”.

That, right there, is what the album is about, all it is a feelgood record, nothing more, nothing less.

“Party Mode” – (just the 1.7m streams on Spotify – I know that as its playing another right now) lays the cards out on the table early on. His girl has left him, he’s forgetting her with drink. The team of writers on this (and there’s about as many as there would be on Game of Thrones) have wrapped it around a hell of a feelgood tune though, so you don’t even notice the sadness in the words.

If the girl leaves him, sometimes she comes back. “Thinking ‘Bout You” (a duet with McKenzie Porter) is a stellar one of the genre too, and sometimes, its just good to celebrate the fact you are with her at all – for that “Stars Like Confetti” is on hand.

“Something That Makes You Smile” changes the vibe a little, and celebrates the little things, and does it well. Plus there’s a genuine humour in a couple of them. Not least “Break It On The Beach” (she’s broken up with him again and he’s not happy with where she’s done it). Also can we take a moment to celebrate the fact that it rhymes “pina coladas” with “got us” with not a care in the world.

“Tennessee Trouble” moves the girl to the bar and he falls in love, “Summer Never Ended” is so content with his lot that it makes you want to move to the Deep South, and “Back Roads TN” is one that you’ve heard in different guises about a million times before, but try and resist it. Go on. You can’t.

Riley Green – a natural ally for Lynch – guests on the southern rock tinged “Huntin’ Land”. Genuinely fabulous it is too. Here, he hates her, but her old man has a ranch. Leading to the pay-off line: “If I ain’t in a stand, I’ll be holding her hand. ‘Cause her daddy’s got hunting land.”

It ends with a couple of ballads. The folk touches to “Pasadena” are cool, before “Not Every Cowboy” gives the one that in small town America will be the soundtrack to who knows what this summer. And that underlines the point. Together with producer and Zach Crowell (and if something is bothering the country charts he’s probably part of it) Dustin Lynch has mastered it yet again.

“Blue In The Sky” means that everywhere blue is the collar has its songs. It’s never going to win points for originality, but that clearly is not the idea. Here, the job is done to the very best of everyone’s ability.