BAND OF THE DAY: CARBELLION 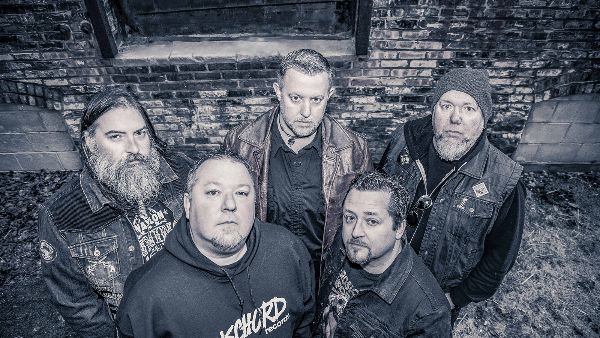 American heavy rock band Carbellion have just revealed a new music video for their latest single “Barfight“. This is the second music video & single taken from their upcoming LP album Weapons of Choice which is scheduled to be released on March 17, 2023 via Eclipse Records. The video was directed by Joel Nilsson. The album was produced by Carbellion and Chris Djuricic (Nonpoint, Soil, Novembers Doom) and mastered by Andy VanDette (Beastie Boys, Porcupine Tree, Rush).

Watch it right now at https://www.youtube.com/watch?v=DAf_kijy-NI

“People often come up to us after we perform saying that our music makes them want to fight… I have heard that quite a few times” says lead guitarist Jamie Damrow. Lead vocalist Cameron Kellenberger continues, “We really felt this was a strong single for the new record and the feedback we have received echoed that sentiment. It’s got a great intro with thick drums and bass slamming into these big heavy guitars. I put a lot of sarcastic humour in the lyrics and played around a little with a few vocal stylings from verse to pre-chorus to call & response chorus parts. This one makes you want to drive fast and take chances. I mean, damn it feels so good to be alive right?”. Drummer Brent Nimz adds, “the video was filmed in two locations 4,000 miles apart. The bar footage was filmed in an old wood shed that director Joel Nilsson and his team in Sweden had transformed into a casual drinking establishment complete with white linen tablecloths, mood lighting and an old tube television blaring in the corner of the dining area. The characters in the bar scenes were played by members of the band Outshine. Carbellion and Outshine have a long history of touring together over the years so we thought it was pretty special to have our good friends included in our video. The live footage of the band was shot inside the Andy Bohl Racing facility in Caledonia, Wisconsin. Andy competes in the Top Fuel Funny Car division of the NHRA and is a great supporter of the band. We thought it would be rad to set up our gear in his shop and get as loud as we could!”

The new album by Carbellion is entitled Weapons of Choice. The band’s third full-length album pulls from nearly twenty years of experience and lessons learned by fire to deliver the group’s most compelling release to date. The ten-song collection brings together the band’s strongest and most cohesive material, though its inception was rather unusual. Lyrically, the album finds Carbellion working to engage its audience. “I want to make people think,” Kellenberger states. “We’ve never been great at writing straightforward songs. Translating the thoughts and ideas in my head is a complicated process, but an exciting one. These songs are definitely fun and we write them with the intention of making people have a good time, especially with the live show, but this record more than any other also aims to make people think. Don’t take everything at face value. Nothing in this life is black and white. The truth is almost always somewhere in the middle.” “We started the record before COVID,” says Kellenberger. “The pandemic made us stop temporarily, but we found a way to work together digitally during that time. That allowed us to write the record, which we took to the studio as material was finished, so some songs were recorded two years before others, but it was a constant creation process“. With the now album complete, Carbellion is taking stock of its place in the rock ecosystem. After nearly two decades and half a dozen releases, the Wisconsin bad boys feel they are just now hitting their stride.

Previous article
IN THE MIX
Next article
REVIEW: HARDY – THE MOCKINGBIRD AND THE CROW (2023)