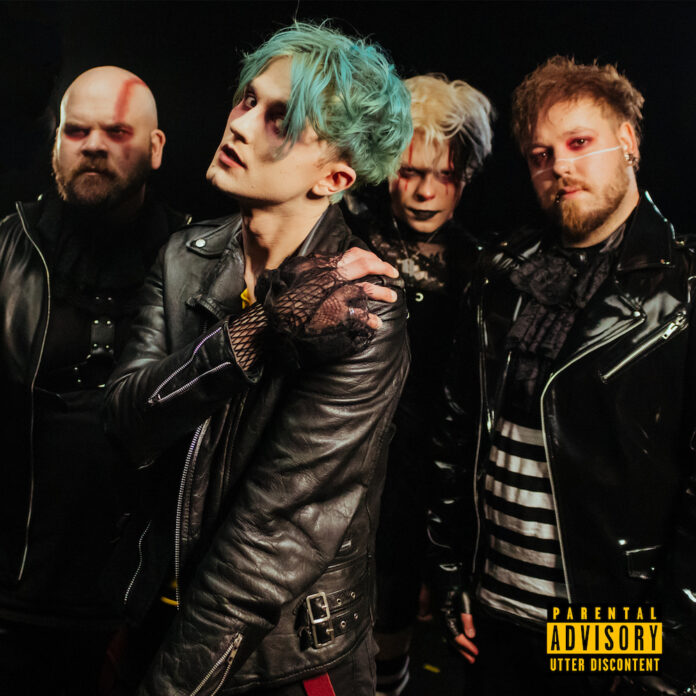 bEmerging from the grit of Northern England, AS SIRENS FALL bring their unique brand of genre-bending alternative rock, paired up with an unmistakable, rocket-fuel energy and unforgettable lyrics. Carving out a space entirely their own, the self-ascribed ‘Aggressive Pop’ band paint with all the musical colours they can get their hands on. Mikey, Adam, Jason and Bailey are As Sirens Fall. They are unapologetically themselves, and they want you to be too.

Today, the emerging quartet present their anticipated new single ‘boywhatever’, accompanied with a brilliantly chaotic music video which allows viewers to delve deeper into the raucously vibrant world of AS SIRENS FALL. Blistering melodies, gigantic choruses and authentically honest lyrics make up this cauldron of an anthem.

boywhatever is an identity-crisis melting pot. It’s not answering questions and it’s not asking them, either. it’s a dance-along to confusion and burnout. the consequences of trying to be the person that people expect you to be. living life as a performance is no life at all. be you – whatever that is. be you, and you’ll be magic. no compromise. Xo’
Mikey Lord, Vocals

Alongside the new single, As Sirens Fall have announced details of their long awaited new E.P. “coming of (r) age” which will be released on 4th Nov 2022. In conjunction with the release the band have announced a self promoted exclusive UK headline show at Leeds Key Club on release day which fans can attend by pre-ordering a copy of the new E.P. over at their website. As Sirens Fall guarantee the event to be a celebration of inclusivity and acceptance, a safe space for their fans to be unapologetically themselves, just like the band themselves.