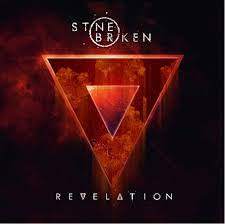 A couple of weeks ago I went to see Stone Broken in concert for the first time in two and a half years. I was struck (although not surprised) by how good they were. They belong in the big leagues now, is my point.

I’d followed their career for years. I am from a similar area and we like a lot of the same bands, so you’d see them about at gigs. Usually singer Rich Moss  and drummer Robyn Hancock. Just before Christmas in 2015 they invited me to their debut album launch party gig in Wolverhampton. At that show, I wrote this: “This is arena rock on a local scale and tracks like “Better” can’t understand why they are not 20 miles down the road in the Birmingham arenas.”

Fast forward six and a half years and that gig a fortnight ago was in a 1500 seat venue with their name at the top of the bill. It’s probably not a …revelation….to say this, but they deserve every bit of success.

Which brings us to album number three. The big one, as they now doubt know themselves. The one that catapults bands, historically. The “Slippery When Wet” or “Born To Run” one, if you like.

They’ve pulled out all the stops. Dan Weller is producing. Sikth guitarist by day, he produces all the big modern rock in between, and this one actually has a pretty different feel to the other two SB releases. One that, in honesty, took a little getting used to.

It bursts out of the blocks. “Black Sunrise” doesn’t have an intro. Simply the chorus and a sledgehammer, chopping riff. And, if it has all the hallmarks of Stone Broken then it is definitely from a different place to before.

In the build up to this I read Moss saying that they “wanted to try everything, we wanted to experiment, we wanted to build our sound from the ground up and totally re-imagine the ‘Stone Broken Sound’, BUT without losing what we already had.” I am pretty good at ignoring this type of thing, in honesty. No band has – in the history of recorded music – ever said “yeah this is our new record, its not as good as some of our stuff, but try and enjoy it”, after all. The thing is though, you can’t listen to “Devil You Know” and the likes and disagree. Moss said this was a “banger” at the gig, and he’s not wrong.

The title track is perhaps the one where we enter the brave new world of SB more than most. This has an almost electro pulse, but its got the same hooks and choruses they’ve always had. “Make It Out Alive” can’t decide whether it’s a ballad or not, but the keys are cool, “Me Without You” knows it’s a ballad, and it’ll do the job. It’ll be the first dance at weddings all over the Black Country, probably. If I had an ounce of romance in my body I’d probably like it too.

“Without A Reason” is much more to my tastes. Energy is not wasted here, and it’s as classy as can be. “Over The Line” is an interesting one. Light and shade in abundance. When Moss talks about “rebuilding the band” this is surely what he meant. A throb, a pulse, an explosion of a hook.

If I was slightly facetious about the last ballad, then I won’t be about “Stronger. Pop music for rock fans, honestly if this was one of those US rock things it sells millions. Indeed, if Stone Broken were from the US then I’d wager they were megastars already.

Chris Davis on guitar seems to have bought into this slightly updated sound totally. He plays a blinder throughout, but never better than on “This Revival” where the dark tones he creates suit it perfectly. “So Damn Easy” ushers itself in a swirl of keyboard, and there’s a feel of late 90s bands like Radiator here. Keiron Conroy’s bass is to the fore, and there’s real guts here.

The last one, “Gimmie Some More” has a bit of slide guitar, but its wrapped up in a shiny glam stomp, and here you can feel the old and the new meeting, perhaps better than anywhere else. And that’s why Stone Broken can do anything they dreamed. Simply because they’ve got the courage to do what they want.

They could have retrod the same old ground. On “Revelation” though, they’ve made some subtle changes to keep it fresh and ensure their future. In so doing, actually, they sound arguably more like themselves than ever.