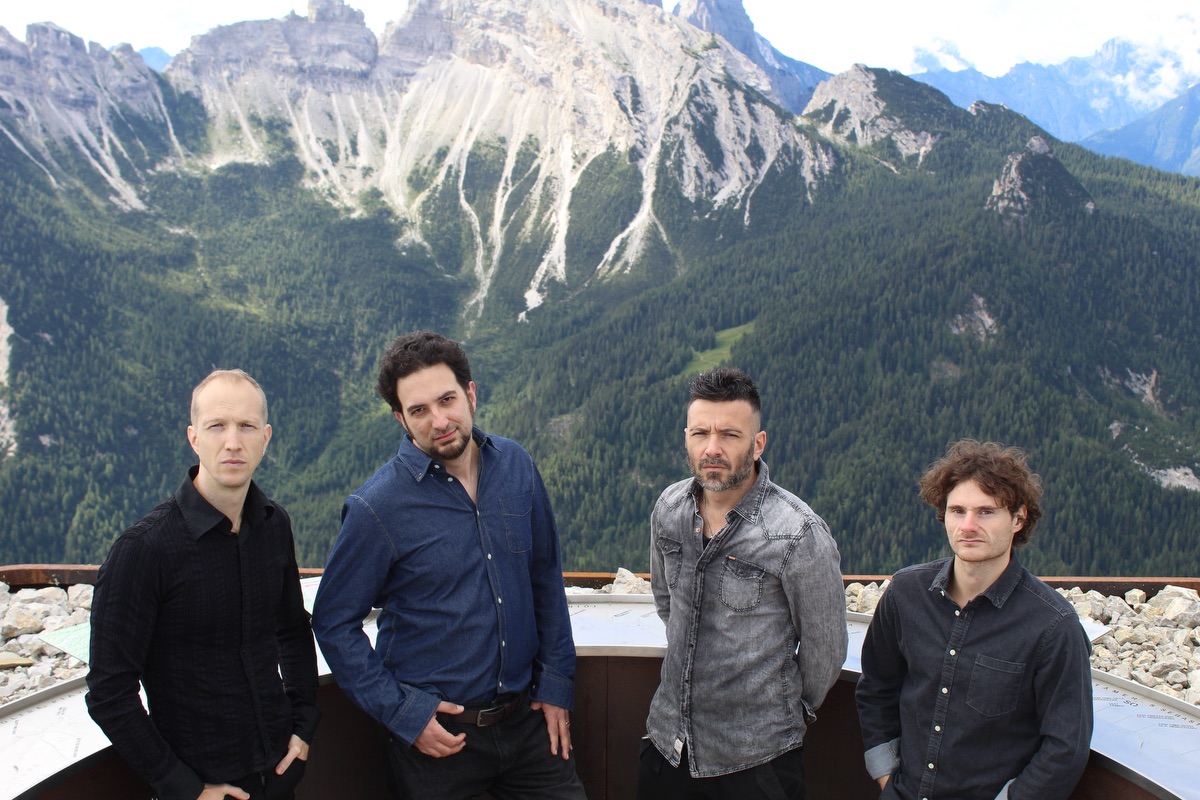 Frontiers Music Srl is pleased to welcome the new Italian symphonic metal act Agarthic to their roster, with the group’s debut album ‘The Inner Side’ set for release on 10th December. Recorded under the direction of producer Aldo Lonobile (Secret Sphere, Archon Angel, Timo Tolkki’s Avalon), its announcement is accompanied by a single entitled ‘A Journey To The End Of The World’.

Based in Northern Italy, Agarthic was founded in 2019 by composer and bassist Mattia Gosetti and vocalist Valeriano De Zordo, two musicians who had already worked together several times, albeit never in a band environment. The line-up of the band is completed by guitarist Jesai Fiabane and drummer Denis Novello.

“As a big fan of rock and metal music, I’ve always been enthusiastic about the albums released by certain labels,” states De Zordo. “I remember reading album booklets when I was just a kid, imagining seeing my name printed in one someday. Who would have ever imagined that happening with one of the most important labels of today?” In regard to the central concept of ‘The Inner Side’, he continues: “For several years, I’ve been interested in knowing all the ancient legends and mysteries about the forgotten history of our planet, especially theories about the hollow earth. I’ve always been fascinated by it. When the chance to make an album was offered, the task was easy; all I had to do was combine my two major passions and turn these themes into music!”

Adds Gosetti: “My greatest passion is to write musical stories, to create soundtracks for romantic adventures and fascinating places, and I am proud to have been noticed by a label like Frontiers. Our collaboration with Aldo Lonobile, an artist that I have always admired, has also been fundamental in the realisation of our album. I am experiencing an artistic growth that I would have never hoped for and I will never be grateful enough for it.”

De Zordo has previously been active in several local bands, singing both covers and original music that brought him recognition thanks to his melodic timbre and natural ability as a performer. Gosetti is a symphonic rock composer with output to date that is primarily dedicated to the history of the Italian Alps, situated close to where he lives, and that has often been presented in theatres. A deep passion for his work has always been apparent, none more so than when he and his wife won the Elan Cover Contest, an international competition organised by the group Nightwish. The music they make together as Agarthic is strongly inspired by the nature that surrounds them, in particular by the Dolomite Mountains. Their compositions relay stories of fantasy and the mysteries of humanity, a romantic and enveloping soundtrack that takes its listeners on a thrilling journey with a cinematic flavour.