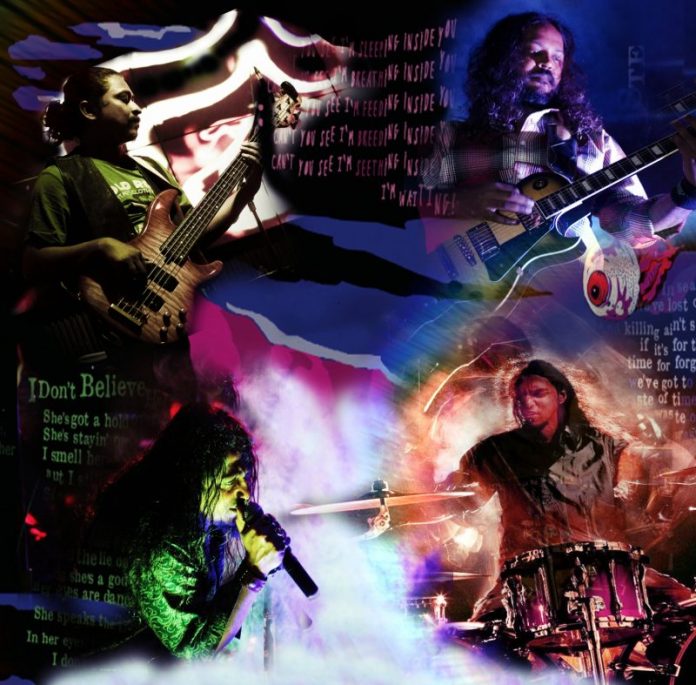 The steel seeds of hard rockin’ music find fertile ground all over the world.

All races and religions embrace it. Music should become the new worldwide religion; we’d have moshing instead of wars! Good times!

The love of music is strong in India, and stronger than all in the splendidly named OVERHUNG who hail from Mumbai! The band owe their name to unique vocalist Sujit Kumar who changed Hungover to Overhung…which speaks even more volumes than their music!

OVERHUNG are making the most debauched melodic hard rock since Guns ‘n’ Roses released their classic ‘Appetite For Destruction’. With a successful debut full length ‘Moving Ahead’ under their belts set to be re-released in 2018 via Canadian label Test Your Metal Records, great live shows, and a planned follow up single entitled ‘King of Dreams’, OVERHUNG are ready to offer the world killer sounds coming straight outta India!

Pereira explains the very reason for OVERHUNG’s creation was when the members jammed “the energy was infectious and all of us wanted to write more kick-ass music with together…We hope that people are open to hearing our music in 2017. The band’s music is largely arena rock sounding, so at live gigs people just lose it and have a blast!”

You have to see OVERHUNG play because they have “insane live energy! Quite frankly there is no one like Sujit Kumar when it comes to live performances. He is shameless and you can’t take your eyes off him. His antics include table dancing, interacting with women (and men too sometimes), climbing everything in sight from light poles to bartops! It is engaging for the audiences. Also we deliver tight and fun glam-rockish sets that go down well!”